The security forces are also trying to ascertain the identity of the two terrorists killed in the encounter. 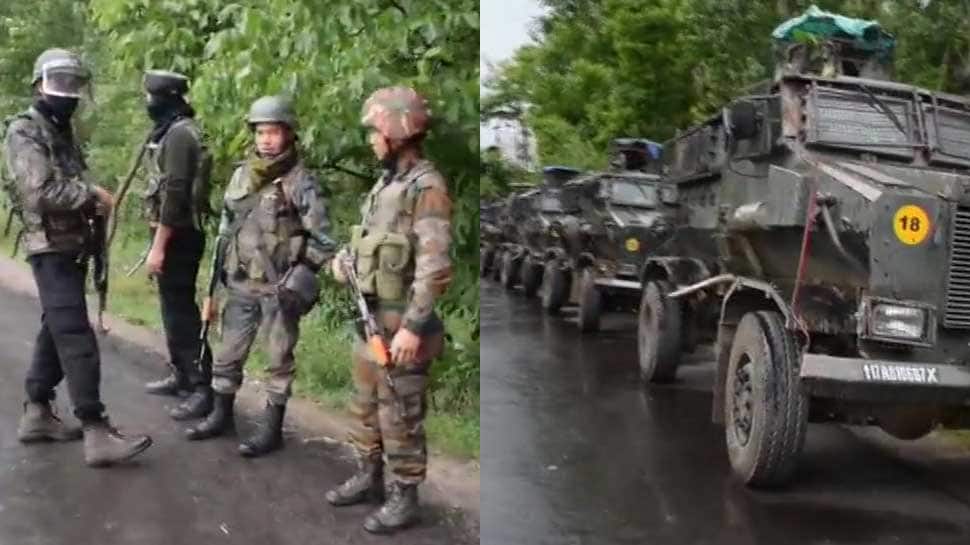 JAMMU: A total of four unidentified terrorists were killed by the security forces in an encounter which broke out in Daramdora Keegam area of Shopian district of Jammu and Kashmir on Sunday morning.

According to news agency ANI, the four terrorists were killed after a heavy exchange of fire from both sides.

The operation is still going on and a massive search has been launched to ascertain the presence of other terrorists in the area.

The security forces are also trying to identify the four terrorists killed in the encounter and their affiliation to terrorist outfits.

"In the ensuing encounter, four terrorists were killed and the bodies were retrieved from the site of encounter. The identities and affiliations of the killed terrorists are being ascertained," a release from the J&K Police said.

"Incriminating material, including arms and ammunition, was also recovered from the site of encounter," it said.

The police have, meanwhile, registered a case in this regard and requested citizens not to venture inside the encounter zone since such an area can prove dangerous due to stray explosive materials.

The joint operation against the terrorists was launched by the 33 Rashtriya Rifles, CRPF and the Special Operations Group (SOG) of the Jammu and Kashmir Police.

The operation began following specific information about the presence of three to four heavily armed terrorists in the area.

The entire area was cordoned off and the terrorists were soon trapped from all sides.

The fresh encounter comes a day after a terrorist was gunned down in Baramulla district. The terrorist was killed after a gunfight with the Rashtriya Rifles and SOG personnel in Boniyar area of the Uri sector.

Earlier on Wednesday, the Jammu and Kashmir Police had foiled a major ‘terror’ attack plan by recovering a sophisticated IED in Shopian.

It may be recalled that Pakistan had recently warned and shared intelligence inputs with India and the US regarding a possible terror attack in Pulwama district using an improvised explosive device mounted on a vehicle.