Intense shelling and air intrusions by Pakistan jets have left hundreds of people living in villages along the LoC in Jammu and Kashmir in the grip of fear. 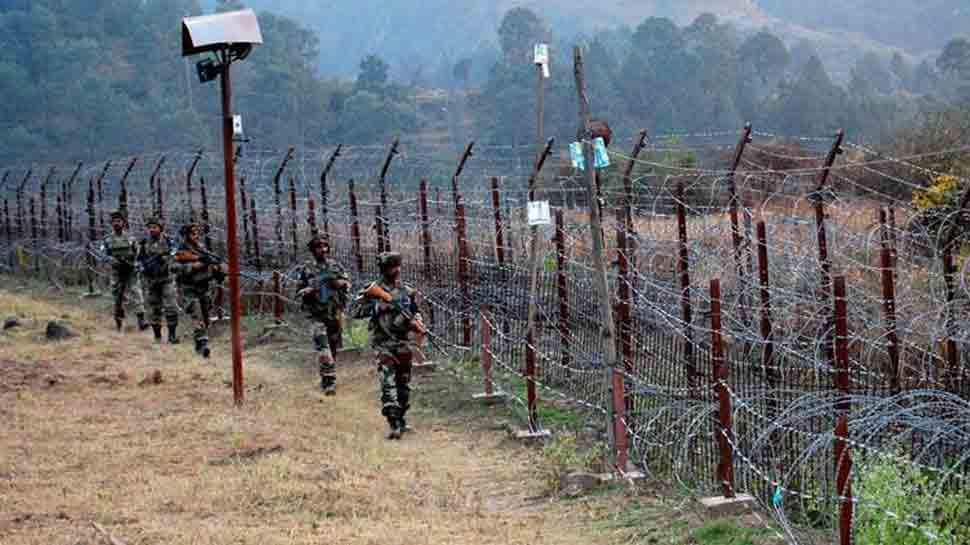 Laam LoC: Sakhee Mohmmmad, who lives barely 200 metres from the LoC in Pokhrni hamlet in Laam sector, left his house for the first time in four days on Thursday.

Intense shelling and air intrusions by Pakistan jets have left hundreds of people living in villages along the LoC in Jammu and Kashmir in the grip of fear. Locals said the nights are the worst as the shelling is the most severe then.

"Every night mortar shells fall here. No shell has fallen on our house yet. We don't know when the shells will kill us. We are living in absolute fear," said Sakhee, who has a family of nine here.

He said the area is pounded by Pakistan forces year after year, at least for a few days every month "making living here hell-like".

Sakhee said he is sending his children and some other members of the family to safer locations.

Like him, Naseeb Singh, a resident of Laam, said women and children in his family have been sent to safer places but he and many others have stayed back to take care of their cattle. However, the intense shelling has left them in a desperate situation.

"We are worried war may break out. There is threat from Pakistan jets. There is high degree of anxiety among the people," Naseeb said.

Fear is palpable in the villages close to the border in Poonch district as well. Choudhary Hussian Din of Mankote, where two houses were destroyed by Pakistan shelling on Tuesday, said there should be "aar paar ki ladai" (war till the end) as they want a permanent, peaceful situation.

"We are dying of the fear and terror each day. Shelling has kept us awake for the last fortnight. Our children and people cannot move freely. We never know when shell will kill us," Din said.

Another dweller of Mendhar said former Prime Minister Atal Bihari Vajpayee's 2003 ceasefire agreement with Pakistan had brought peace in the region till 2009, but the situation turned bad in the last few years.

Arnia (R S Pura) dweller Sudesh Kumari, 42, whose house was hit last year in shelling by Pakistan, said people in his village live under the shadow of death as there is shelling for five to six months in a year.
"Every night is filled with horror. We will never forget what happened to us last year," she said.

Bira Devi, 70, who has seen India-Pakistan conflicts from close quarters in 1971 and 1965, said attacking innocent civilians was a norm for the Pakistan side.

"We have always been sitting ducks. The Pakistan side always attacks the civilians in the area and we become the worst sufferers," she said.

Authorities in Poonch, Rajouri, Jammu, Kathua and Samba districts said there has been no evacuation so far and people living along the border have been asked not to move outside during shelling and firing.

In various border areas, people have sent their children and women to safer places and the men are guarding their villages and taking care of the cattle.

Authorities had ordered a temporary closure of educational institutions in a five-km radius along the LoC in Rajouri and Poonch districts on Wednesday.

The year 2018 had witnessed the highest number of ceasefire violations 2,936 by Pakistani troops, in the last 15 years along the Indo-Pak border.

Pakistan continues to violate the 2003 ceasefire agreement with India, despite repeated calls for restraint and adherence to the pact during flag meetings between the two sides.