Two terrorists of the banned Hizbul Mujahideen were killed on Tuesday (May 18) after a 15-hour-long gunbattle with security forces in a densely populated area in downtown Srinagar. 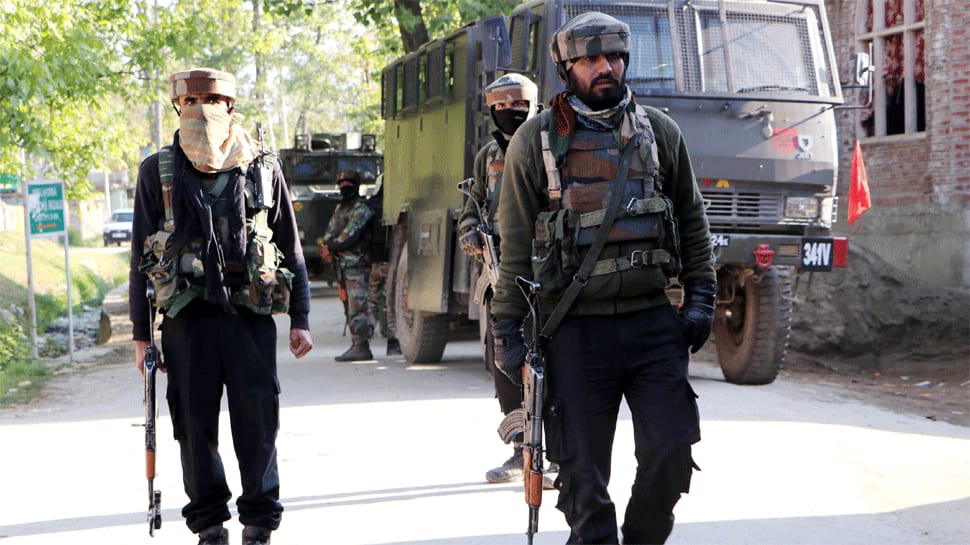 Jammu: Two terrorists of the banned Hizbul Mujahideen were killed on Tuesday (May 18) after a 15-hour-long gunbattle with security forces in a densely populated area in downtown Srinagar.

The slain terrorists were identified as Junaid Ashraf Khan 'Sehrai', whose father is chairman of the separatist conglomerate Tehrek-e-Hurriyat; and Tariq Ahmed Sheikh. Sehrai was the Divisional Commander of terror outfit Hizbul Mujahideen. According to the police records, the killed terrorists were wanted by law for their complicity in terror crimes and civilian atrocities.

The encounter, which began just after midnight and continued well past Tuesday afternoon, saw damage to around 12 houses in the vicinity of Nawakadal downtown city, leaving many people homeless.

Private mobile phones, as well as pre-paid BSNL connections, were snapped and mobile internet was also stopped as a precautionary measure.

Before joining terrorist ranks, Junaid aka Sehrai was the mastermind behind the stone-pelting incidents in Srinagar. According to the police, he lead unruly mobs and created law and order disturbance during anti-terrorist operations. He was also involved in instigating youth to march towards encounter sites and make safe passage to holed up terrorists.

In March 2019, joined proscribed terrorist outfit Hizbul Mujahideen, and indulged in the distribution of drugs and narcotics among youth, in order to use them as his overground workers. The police suspect him to carry out multiple attacks on its teams and security forces in the Vallery in order to snatch their weapons. He, along with his associates, were involved in activities like weapon snatching, bank robberies, attacks on security forces, grenade attacks in the south and Central Kashmir areas besides, motivating local youth to join terrorist ranks, especially Hizbul.

Junaid was also involved in collecting funds for Hizbul and was instrumental in strengthening the terror outfit. He was charged with the task of motivating OGWs and local youth for hurling grenades on security forces in the Valley.

On May 18, a joint team of police and CRPF, after receiving a tip-off on the presence of a few terrorists at Kanemazar Nawakadal area of Srinagar, launched a cordon and search operation. During the search operation, the hiding terrorists open fire on the joint search party. In the encounter two terrorists killed and both bodies were retrieved from the site of encounter.

The police also recovered incriminating material including arms and ammunition from the site of encounter.

Over 300 terrorists at launch pads across LoC, 240 active in hinterland: Jammu and Kashmir DGP