Mobile internet services were snapped in the early hours as part of the security arrangements put in place for Republic Day celebrations. 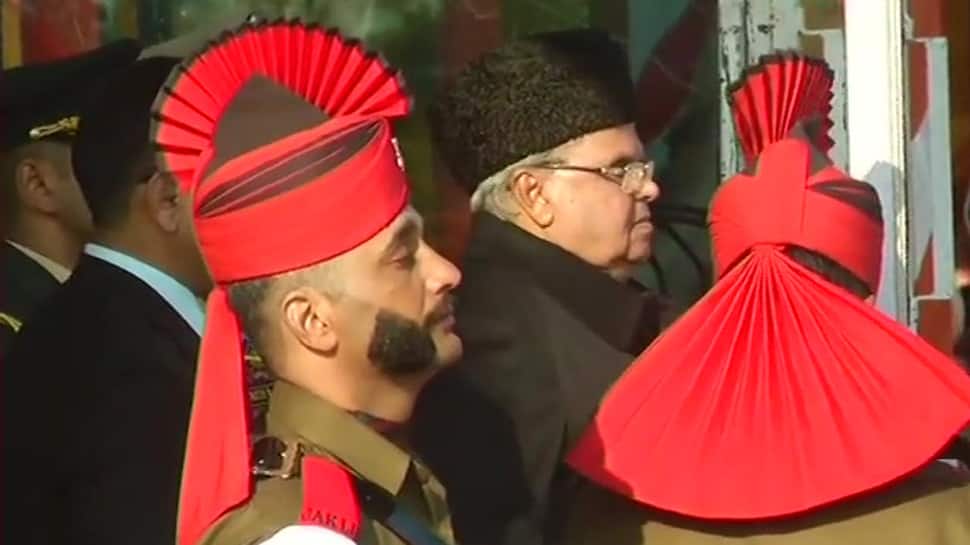 Mobile internet services were snapped in the early hours as part of the security arrangements put in place for Republic Day celebrations.

Suspension of mobile phone and internet services have become a routine since 2005 after terrorists triggered a blast outside the Bakshi Stadium during the Independence Day parade that year.

Meanwhile, amid R-Day celebrations in the state, two terrorists were killed in an encounter with security forces on Saturday in Khunmoh area on the outskirts of Srinagar city in Jammu and Kashmir.

Security forces in Khunmoh had launched a cordon and search operation after they got the information about the presence of terrorists in the area. Officials said the search turned into a gun battle after terrorists opened fire on security forces.

Once a terrorist himself, Wani surrendered before the Army and got involved in counter-insurgency operations to wipe out terrorism from the Kashmir Valley. He started his career in the Indian Army in 2004 with Territorial Army’s 162 Battalion in 2004.

He was since involved in counter-insurgency operations being carried out by the Army in parts of Kashmir before his death in November 2018. A resident of Kulgam, Wani also won the prestigious Sena Medal twice.

Wani lost his life after he was seriously injured in an encounter in which six terrorists were also killed.