Agencies say terrorist are likely to use the Krishna Ghati river routes to infiltrate. 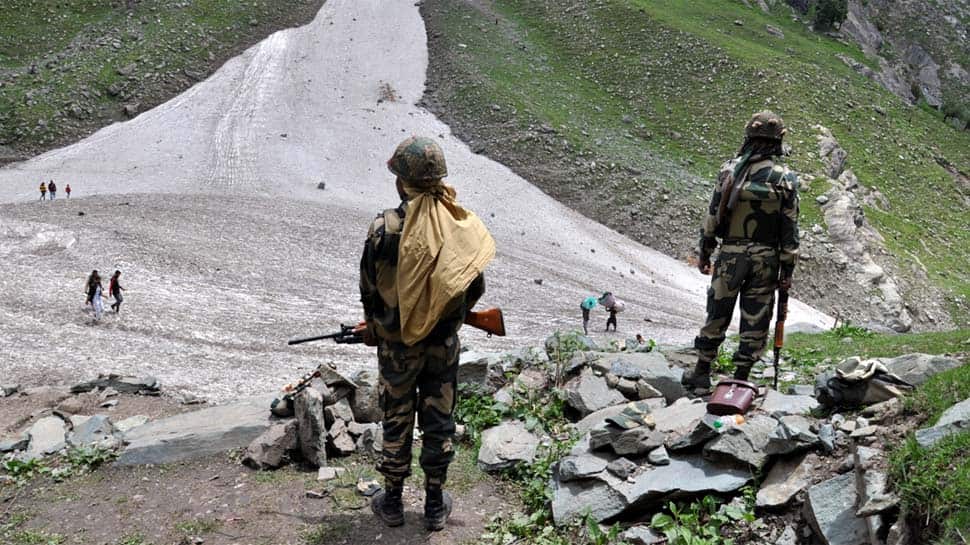 Security at Pahalgam in Jammu and Kashmir's Anantnag. (Photo: IANS)
Share:
Written By:

Patrolling has been increased the area. Intelligence suspects that the terrorist are likely to use the inflatable rubber boats to infiltrate into India soil.

Nearly 13 major and small water bodies has been identified near the International Border in Akhnoor, Samba and Kathua regions in the Valley.

Gurej sector, a Valley through which the Kishanganga River run and houses the road to Gilgit, has also been put on high alert.

Agencies say terrorist are likely to use the Krishna Ghati river routes for infiltration.

Pakistan is resorting to the use of terror as an instrument of state policy in the face of failure following the abrogation of Article 370, said sources in security agencies.

"Pakistan has built 30 launch pads along the LoC to infiltrate militants into the regions of Karen, Gurez, and Gulmarg," the latest inputs received by the Indian security agencies suggest."Pakistan army and the ISI (Inter-Services Intelligence) are moving militants of Lashkar-e-Taiba and Jaish-e-Mohammed into these launch pads."

The sources have further said that militants from Afghanistan are also being mobilised towards the Line of Control. "An estimated 230 to 280 militants are being moved."

Pakistan's spy agency ISI has also been holding a high-level meeting with terror groups in Islamabad aim of fomenting trouble in Jammu and Kashmir.