Lalu had moved the bail application before the high court citing his poor health and age. The RJD chief, who has been convicted in several fodder scam cases, had earlier got bail in the Deoghar Treasury case. 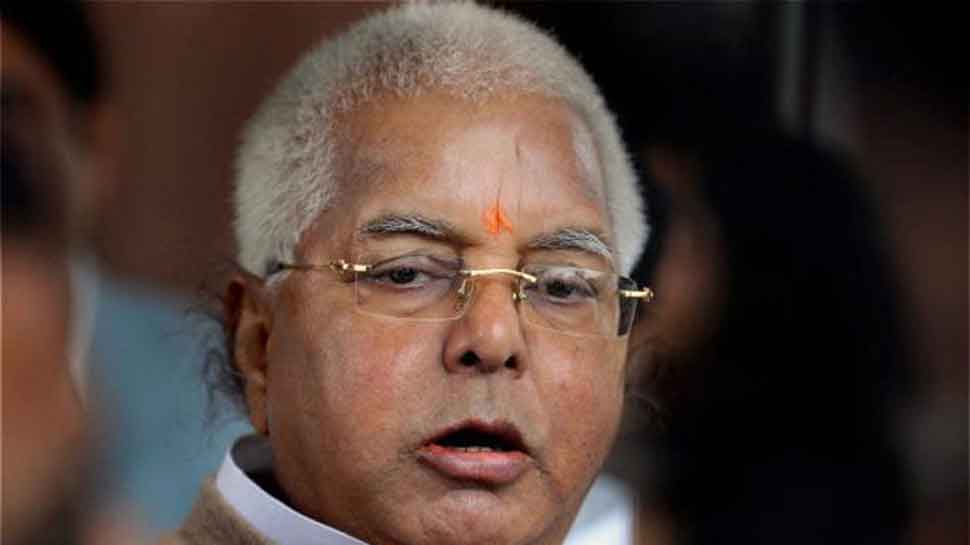 New Delhi: The Jharkhand High Court on Friday rejected the bail plea of Rashtriya Janata Party (RJD) president Lalu Yadav in connection with multi-crore fodder scam. Lalu has been served a seven-year imprisonment by seven years imprisonment under the Indian Penal Code (IPC) and seven years under the Prevention of Corruption Act in the fodder scam case.

He was also slapped with a fine of Rs 60 lakh in the matter. The case pertains to the fraudulent withdrawal of Rs 3.5 crore from the Dumka treasury by Animal Husbandry Department officials between 1991 and 1996 when Lalu was the undivided state's chief minister.

Lalu had moved the bail application before the high court citing his poor health and age. The RJD chief, who has been convicted in several fodder scam cases, had earlier got bail in the Deoghar Treasury case.

His lawyers have pleaded before the high court that the RJD leader should be given bail since he had spent more than half of his punishment behind the bars. Earlier on December 3, the incarcerated Bihar politician was re-elected as the national president of his Rashtriya Janata Dal for the 11th consecutive term.

Prasad, who had founded the party in 1997, is at Ranchi serving sentences in fodder scam cases and his nomination papers were submitted at the RJD state headquarters by his sons Tejashwi Yadav and Tej Pratap Yadav. Prasad's duly authorised papers were brought here by a close aide and party MLA Bhola Yadav, filed in presence of other RJD bigwigs like national vice president Raghuvansh Prasad Singh and state president Jagadanand Singh among others.

He was subsequently declared elected unopposed.