The bridge destroyed by the naxals on Saturday morning ran between Ghaghra-Kathkothwa highway. 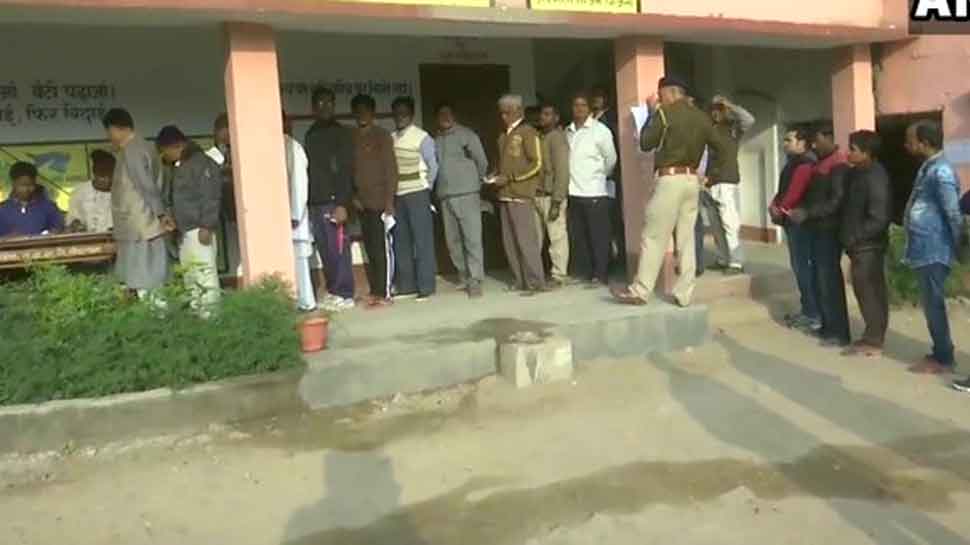 New Delhi: In an attempt to intimidate voters during the first phase of Jharkhand Assembly elections underway in 13 districts, naxals on Saturday blew up a bridge in Gumla, just before polling kickstarted.

The bridge ran between Ghaghra-Kathkothwa highway. The police said that Moaists carried out the attack so as to intimidate people from casting their votes. However, despite the blast, the voting wasn't affected in the region.

No injuries have been reported in the incident with Deputy Commissioner Shashi Ranjan saying, "voting is not affected".

Jharkhand has witnessed 11.02 per cent polling till 9 a.m., with the highest being at Lathear assembly seat with 13.23 per cent. The Maoists had killed four cops in Latehar just a few days back. The constituencies where polling is taking place are -- Chatra, Gumla, Bishunpur, Lohardaga, Manika, Latehar, Panki, Daltonganj, Bishrampur, Chhatarpur, Hussainabad, Garhwa and Bhawanathpur.

Polling in Jharkhand will continue till 3 pm.