The ATM of Axis Bank dispensed fake notes with ‘Children Bank of India’ printed on them. 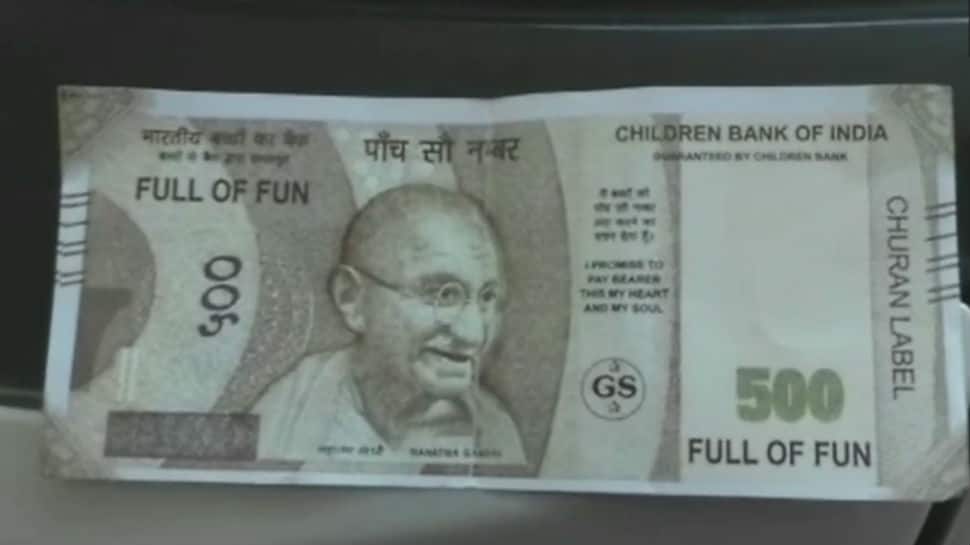 An ATM in Kanpur is in the news for dispensing fake notes of Rs 500 denomination. The ATM of Axis Bank dispensed fake notes with ‘Children Bank of India’ printed on them.

One of the persons who withdrew Rs 10,000 from the ATM got one of the fake notes, following which he made a complaint in this regard to the guard of the ATM.

“I came to withdraw Rs 10,000. One of the notes dispensed had 'Children Bank' printed on it. We complained to the ATM guard who noted it down in his register. We are being told that the action will be taken and our notes would be changed on Monday,” said Sachin, the man who used the ATM.

The local police also took cognisance of the issue and launched an investigation into the same. The Kanpur police also shut down the ATM.

South Kanpur Superintendent of Police said, “We came to know that two people had withdrawn Rs 20,000 and Rs 10,000 from the said ATM. They received one note each of Rs 500 with Children's Bank printed on that. The ATM has been shut down and investigation is underway.”

Since demonetisation, there have been several instances of ATMs dispensing fake notes.

In February 2017, an SBI ATM in south Delhi had grabbed headlines for dispensing fake Rs 2,000 notes with ‘Children Bank of India’ printed on it.