In the hall of the house, a woman was sitting on a couch wearing a beautiful pink coloured saree and gold ornaments adorned her. 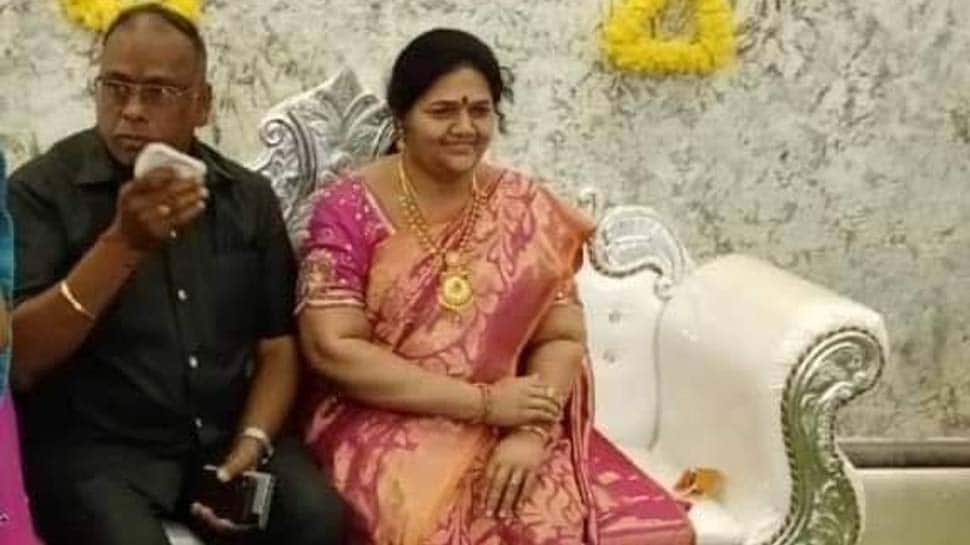 In an era, when human relationships are seen to be marginalized, the story of businessman Srinivas Gupta in Koppal district of Karnataka is heart-touching. Recently, Gupta constructed a new house and held a housewarming ceremony which was graced by a limited number of guests.

In the hall of the house, a woman was sitting on a couch wearing a beautiful pink coloured saree and gold ornaments adorned her. She wore a lovely smile on her face but her expression remained unchanged as she remained seated. It seemed as if she was welcoming the guests with a smile on her face. Time and again, Gupta himself sat with her on that couch.

The woman is, in fact, a statue of Madhavi, the late wife of Shrinivas Gupta. In 2017, while visiting Tirupati, Madhavi died in a road accident which left the family grief-stricken. Before she passed away, Madhavi had wished for a beautiful home and Gupta decided that he would fulfil his wife's dream.

Recently, the house was also ready but Gupta wanted his wife's presence in the house on the housewarming day. On the advice of some friends, he reached out to Shridhar Murthy, a craftsman. The artist understood her husband's emotions and created a lifelike statue of Madhavi from silicone material.

Speaking to Zee News he said, "My name is Srinivas Gupta and my wife Venkata Nagamma Madhavi died in a road accident in 2017. She had a dream that we will have a house and live comfortably in it. She designed it by herself and was present here when the basement was being set up. After the accident, I thought I would stop building this house but it was my wife's last wish, so I started building and got it done. I wanted her to be with us when the house was ready."

"At first, I thought that I will put a picture of her but then I decided to make a statue. When I searched, I came to know that there is a person named Shridhar Murthy from Bengaluru who does this job very well. He has made many idols so far, including the idol of Basavanna in London. I spoke to him and he accepted it very happily saying that 'you are paying such a price to a human being, that's why I'll make this statue for you'. To maintain it, a certain temperature is needed like the 24x7 ACs. I accepted but since it would be difficult to maintain, the silicon statue was made," he added.

"The statue with silicon material was a bit expensive but it will be easier to maintain. He promised that whatever will be made will be real, you will feel like she is with you. I am very happy. 1 year ago, I placed the order. He came here four to five times and saw my wife's photograph to understand the skin tone. My eldest daughter's face cut is the same as my wife's, so he took many inputs from there. He took great interest in this work and successfully completed the work. I am very happy that this idol of my wife looks very real and I realize that she is always with me," further added Gupta.

The pictures of the statue went viral on social media and people are praising this wonderful relationship between the husband and his wife.