According to police, the rescue operations have been intensified to extricate people believed to be still trapped beneath the debris. 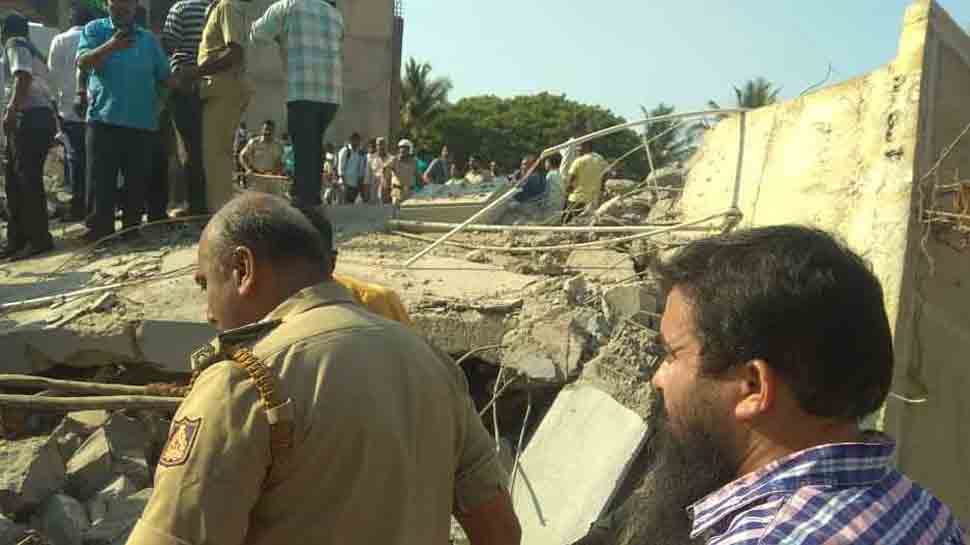 New Delhi: The death toll in the building collapse at Dharwad in Karnataka plumbed to five on Wednesday. So far at least 55 people have been pulled out from the debris by the rescuers while 15-20 people are still feared to be trapped inside.

One State Disaster Response Force team (SDRF) and three teams of National Disaster Response Force (NDRF) along with local authorities are undertaking the rescue operations. 10 ambulances and five fire tenders are also deployed for relief and rescue work. About 150 police, fire and emergency personnel too have joined the rescue operations. No arrests have been made so far.

Earlier today, the authorities had recovered one more body from the rubble. According to police, the rescue operations have been intensified to extricate people believed to be still trapped beneath the debris.

Most of the people trapped inside the building are believed to be migrant labourers from north Indian who were engaged in laying tiles when the 4-storey structure collapsed on Tuesday evening.

Meanwhile, Chief Minister HD Kumaraswamy said rescue efforts will be conducted on a war footing and urged locals not to panic.

On Tuesday, a four-storeyed building under construction had collapsed at Kumareshwaranagar in Dharwad in north Karnataka.

Former Karnataka minister and Congress leader from the region Vinay Kulkarni had said yesterday that one of the partners in the building was his relative and that whoever was involved should face action.