Life comes a full circle for BS Yeddyurappa with BJP set to form the next government in Karnataka. 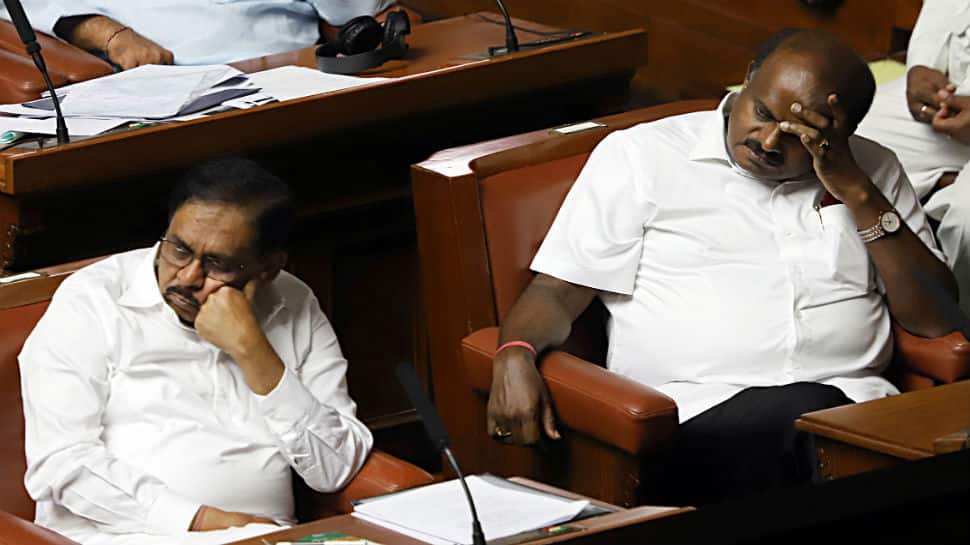 In a meek end to weeks of high-octane political drama in the state of Karnataka, HD Kumaraswamy surrendered after losing the trust vote in the Vidhana Soudha on Tuesday evening. The 14-month stay in power of the JDS-Congress coalition government came to an end after it could only muster up 99 votes as against 105 of the Bharatiya Janata Party.

Kumaraswamy had a forlorn expression on his face even as scenes of celebrations erupted where the BJP MLAs were seated. BS Yeddyurappa, the beacon for BJP  in Karnataka for several years now, was all smiles as he flashed the 'Victory' sign. "It is a victory of democracy. People were fed up with the Kumaraswamy government. I want to assure people of Karnataka that a new era of development will start now," he said. "We assure the farmers that we will give more importance to them in the coming days. We will take an appropriate decision at the soonest."

BJP will need to be invited by Governor Vajubhai Vala to form the next government, a formality at best.

Life has come a full circle for both Yeddyurappa and the BJP. Yeddyurappa had had to step down just before the trust vote in May of 2018 despite BJP being the single-largest party after the state elections. Congress and JDS had rushed to join hands and stake claim to form the government. Congress, the second-largest party after the election, had even offered the CM's post to Kumaraswamy. There were numerous reports that many within Congress- including former CM Siddaramaiah - were furious with this move. Then there were MLAs who had ministerial ambitions but were kept out of the reckoning.

In the end, these MLAs resulted in massive political upheaval and by staying put in a Mumbai hotel after tendering their resignations, ensured that the coalition came apart at the seams.

If there is any credit due to Congress and JDS, it could well be in the fact that both parties tried extremely hard to win back the rebel MLAs over the past several weeks since their resignations early July. Top state and national leaders were parachuted the break the deadlock but it was a futile exercise.

Then there were efforts to stall the trust vote. Summons and whips were issued to the rebel MLAs, emotional appeals were made as well.

JDS and Congress leaders also made lengthy speeches inside Vidhana Soudha over several days. They claimed such an important matter needs to be discussed at length but it was suspected that they were only trying to buy time. Time ran out on Tuesday evening.