Kerala had witnessed massive protests last week after the two women in their 40s entered the temple. 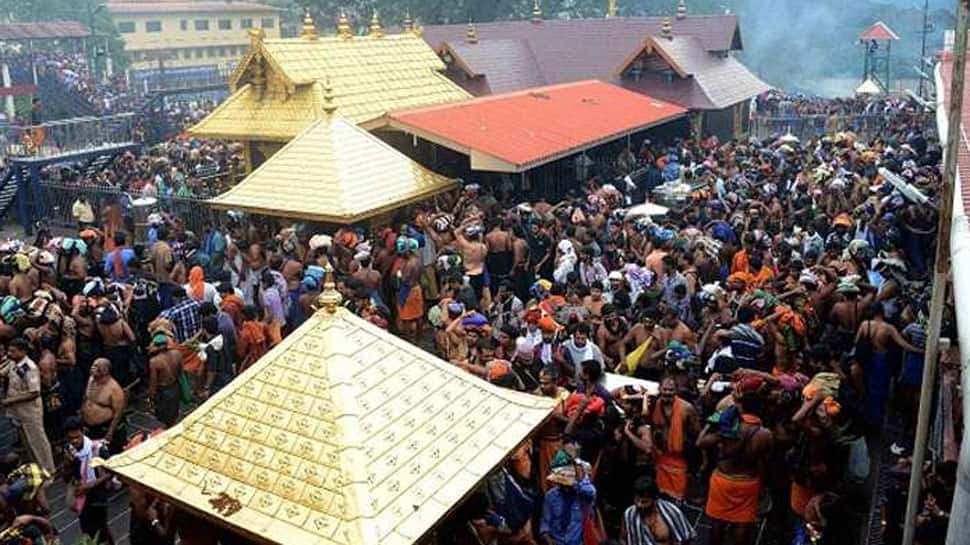 Kochi: The Kerala High Court Tuesday observed that Sabarimala was meant for devotees and that the state government should identify those who have an agenda to spoil the peaceful atmosphere at the Lord Ayyappa shrine.

Expressing concern over the situation prevailing in Sabarimala, the court said if the government was not able to control the situation, outside agencies could be brought in.

Sabarimala Special Commissioner, through his report, submitted that protesters opposing the entry of women in the menstruating age into the shrine have become more vigilant and it will be difficult to provide them protection as every day one lakh devotees trek the hills to offer prayers.

Considering a batch of pleas related to the Sabarimala issue, a division bench of Justices P R Ramachandra Menon and N Anilkumar wanted to know as to why police permitted a private vehicle carrying women from an activist group to Pamba from Nilackal recently.

The court also wanted to know whether the two women of reproductive age, who had entered the shrine on January 2, had any "agenda".

It said the government should be able to identify those setting an agenda on Sabarimala.

Earlier in November, the court had ordered that no protests or demonstrations should be held at Sabarimala, holding that it was not a place for such activities.

The hill shrine had become a centre of protests by devotees and right-wing groups against the Left-led government's decision to implement the September 28 Supreme Court verdict permitting women of all age groups to pray at the temple.

Kerala had witnessed massive protests last week after the two women in their 40s entered the temple.