After the two women successfully entered the shrine, they had been hiding from protestors. 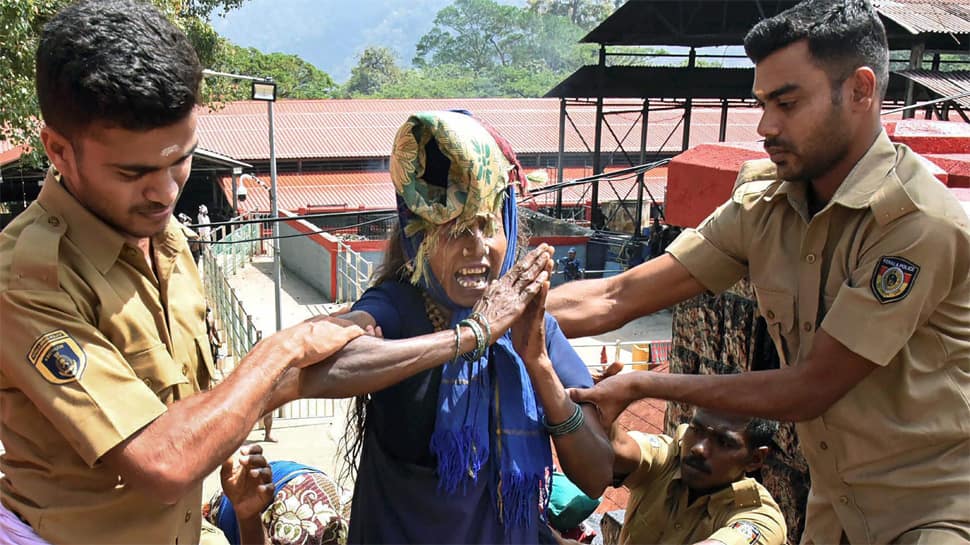 On January 2, Kerala's Kanakadurga along with Bindu created history by becoming the first women in their 40s to enter the Sabarimala temple premises and offer prayers. Kanakadurga faced massive protests to reach the temple and even after the prayers when she was on her way back home. But when she would have thought that she is safely home, she was allegedly beaten up by her mother-in-law.

Kanakadurga on Tuesday filed a police complaint against her mother-in-law alleging that she thrashed her with a stick after Kanaka came back home from the temple visit. The case has reportedly been registered under Section 341 and Section 324 of the Indian Penal Code IPC.

After she was allegedly beaten up, Kanakadurga was admitted to a government hospital in Perinthalmanna. As per reports, the policemen who were on duty in front of her house took her to the hospital.. She is reportedly fine now.

After the two women had successfully entered the shrine on January 2, they had been hiding from protestors. They had been staying at undisclosed locations under the protection of the authorities.

After they offered prayers at the temple, the tantri (chief priest) of the Lord Ayyappa temple had held a "purification" ritual and closed doors to the sanctum sanctorum. However, the Travancore Devaswom Board (TDB) had pulled him up and sought an explanation from him.

Since the Supreme Court ruled in late September to allow women in menstrual age to enter the Sabarima temple, there have several instances of violence across the state. Protesters have even clashed with police to prevent women from entering the temple.