According to sources the driver who tested positive for COVID-19 was in an escort vehicle and so his chances of coming into contact with IMCT team are nil. 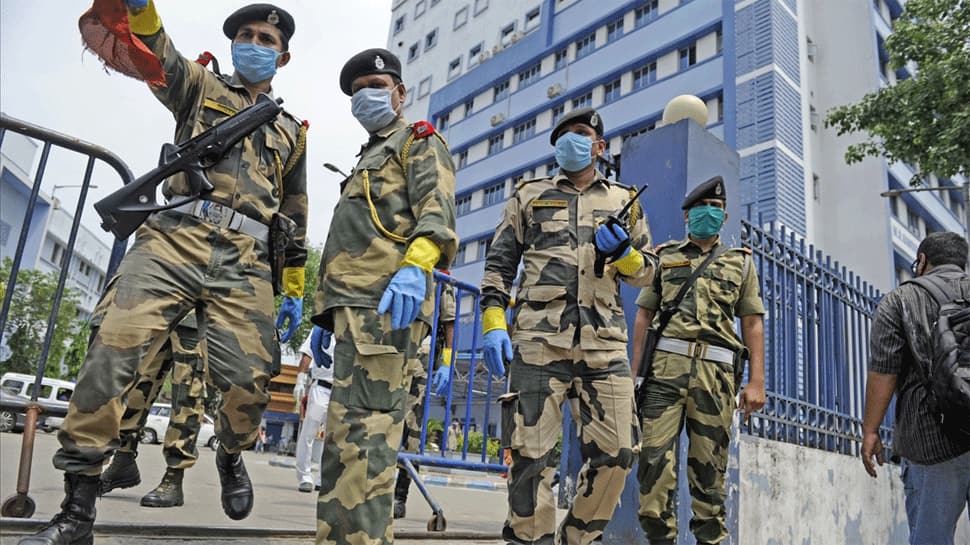 Kolkata: A driver of the Border Security Force (BSF) who drove the escort car for the Inter-Ministerial Central Team (IMCT) convoy in Kolkata, has tested positive for COVID-19, sources said on Monday (May 4).

"The driver was immediately removed (on) April 30 and quarantined. 50 jawans who came in contact with him have been quarantined," sources told ANI.

According to sources the driver who tested positive for COVID-19 was in an escort vehicle and so his chances of coming into contact with IMCT team are nil.

"State needs to be transparent and consistent in reporting figures and not play down spread of virus", IMCT leader Apurva Chandra stated in the report.

"West Bengal has the highest mortality rate in the country at 12.8 per cent. This extremely high mortality rate is a clear indication of low testing, weak surveillance and tracking," Chandra said in the letter.

The IMCT also highlighted a discrepancy in the number of COVID-19 cases reported by Bengal in its medical bulletins and its communications with the Centre.

"While the state government has claimed a very high level of daily surveillance of individuals in containment zones, no database was shown or results made available. During the stay of the committee itself, over 50 lakh persons would have been surveyed in the four districts. Collating and evaluating a database of this magnitude requires very robust systems to be in place. However, no such evidence was available during our stay or field visits," the letter written by the IMCT head Apurva Chandra, Additional Secretary with the Central government read.

"The bulletin of April 30 showed active COVID cases as 572, discharged after treatment 139 and expired due to COVID 33 making a total of 744. In a communication to the Union Secretary (Health & Family Welfare) from the Principal Secretary (Health) on the same day the total number of cases was indicated to be 931 leading to a discrepancy of 187 cases," the letter said.

In addition, the Bengal government admitted on April 30 that 72 COVID-19 patients have died in the state but classified as death due to co-morbidities, the central team said in the letter. It, however, commended the efforts made by the state Health Department in increasing the testing rate which was languishing at around 400 per day till April 20 to 2,410 per day on May 2.

The Union Home Ministry constituted IMCTs to visit coronavirus hotspots for assessment, issue directions to combat the spread of the lethal virus in those areas and submit a report to the Central government.