During the meeting which lasted for about half an hour, Mayawati and Akhilesh talked about the number of seats which the SP-BSP-RLD alliance is likely to win in the Lok Sabha election. 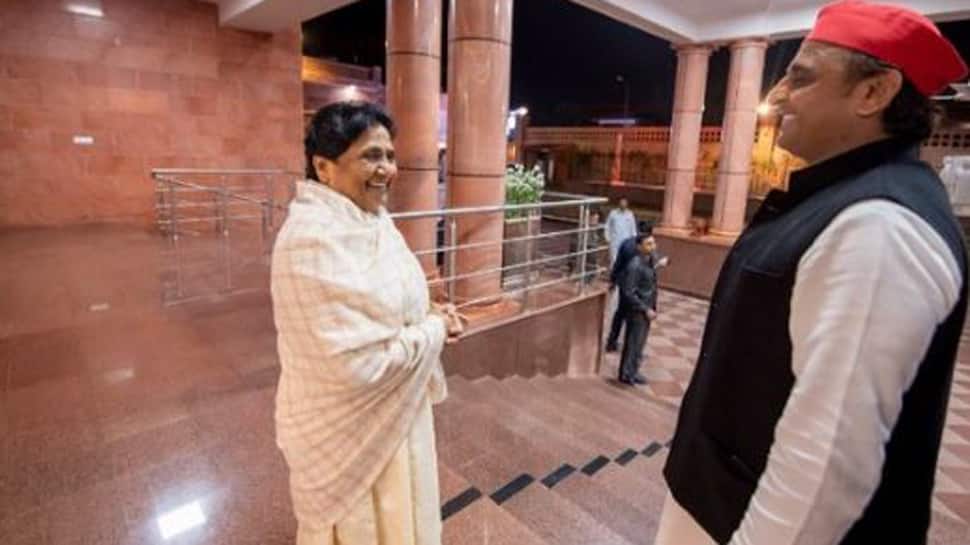 Samajwadi Party chief Akhilesh Yadav on Monday met BSP supremo Mayawati at the latter's residence in Lucknow to hold discussions over post-poll scenarios. Sources told Zee Media that during the meeting which lasted for about half an hour, the two leaders talked about the number of seats which the SP-BSP-RLD alliance is likely to win in the Lok Sabha election.

According to Akhilesh and Mayawati, the alliance would win at least 55 out of 80 seats at stake in Uttar Pradesh. The two leaders are hopeful that the country would get a new prime minister after the declaration of results on May 23.

During the meeting, Akhilesh and Mayawati also talked about the stand of opposition parties after the declaration of results and the duo have decided to meet West Bengal Chief Minister Mamata Banerjee, Andhra Pradesh CM Chandrababu Naidu and NCP chief Sharad Pawar on May 23. Mayawati and Akhilesh have also decided to meet Congress leaders after May 23.

It is interesting to note that the exit poll results for Uttar Pradesh have thrown up confusing numbers with some pollsters showing that SP-BSP-RLD mahagathbandhan is in the lead, while some have predicted that BJP would do much better than the alliance.