Rahul also claimed that terror attacks had come down drastically during the tenure of Congress in 2011-13. 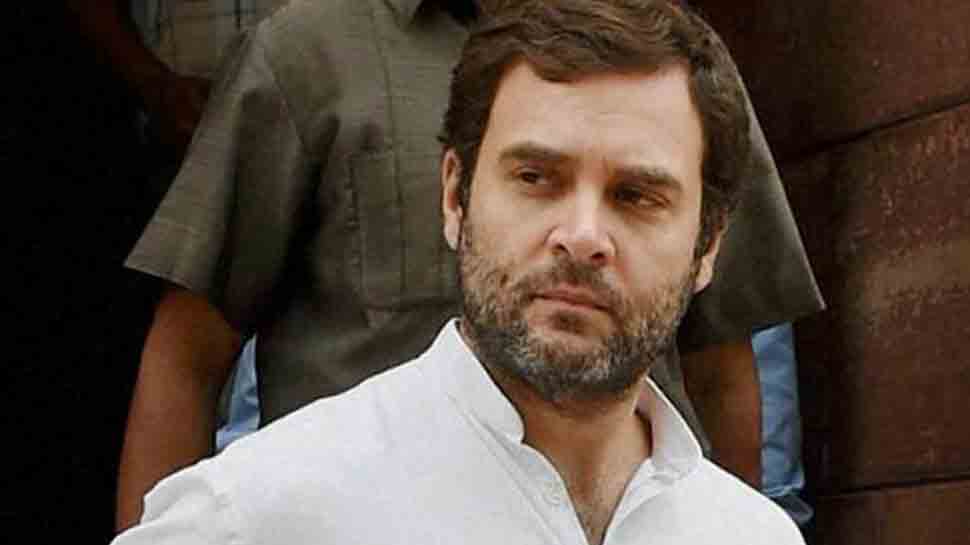 New Delhi: Congress president Rahul Gandhi, who on Wednesday interacted with students of Stella Maris College in Chennai, sparked a controversy when he accused former Prime Minister Atal Bihari Vajpayee's policies for the current situation in Jammu and Kashmir.

"When Congress came to power in 2004, Jammu and Kashmir was on fire. The Vajpayee's policies had set fire to Kashmir. We decided to tackle the situation strategically. We isolated Pakistan and we were successful in putting pressure on them. We engaged people of Jammu and Kashmir," he said.

The Gandhi scion claimed that terror attacks had come down drastically during the tenure of Congress in 2011-13. "The UPA government built a bridge to the people there and it was done between 2004 and 2014. There was no terrorism from 2011-13," he stated.

Rahul also blamed the Centre for not strategically and systematically handling the terrorism issue in the state.

"As soon as Narendra Modi assumed power in 2014, he made a huge mistake of forging an alliance with PDP in Jammu and Kashmir for the sake of power. And today, his policies are allowing Pakistan to carry out terrorist acts in India.

Rahul underscored the need to engage the people of Kashmir and bring them on our side. "The Prime Minister's policies pushes the people away so you cannot fight terrorism with one-off gestures," he said while interacting with the students.

"Pakistan is going to use every opportunity to carry out terrorism in India. It's out duty and Indian government's duty to save the lives and they are not doing it strategically," he said.

Rahul also questioned that government that why the Pulwama terror attack wasn't stopped in the first place. On February 14, at least 40 CRPF troopers lost their lives and several were left injured in a terror attack, carried out by Jaish-e-Mohammad suicide bomber in Pulwama.

He further claimed that Congress pursued a policy of systematic and strategic approach in Jammu and Kashmir and said that the Modi-government at Centre did not follow a similar policy. "The Congress followed a multi-pronged approach when it came to power in 2004 and toed both systematic and strategic lines and it was successful," he said adding it led to diplomatic isolation of Pakistan.