Lok Sabha polls will be held in seven phases from April 11 till May 19, and counting of votes will be done on May 23. 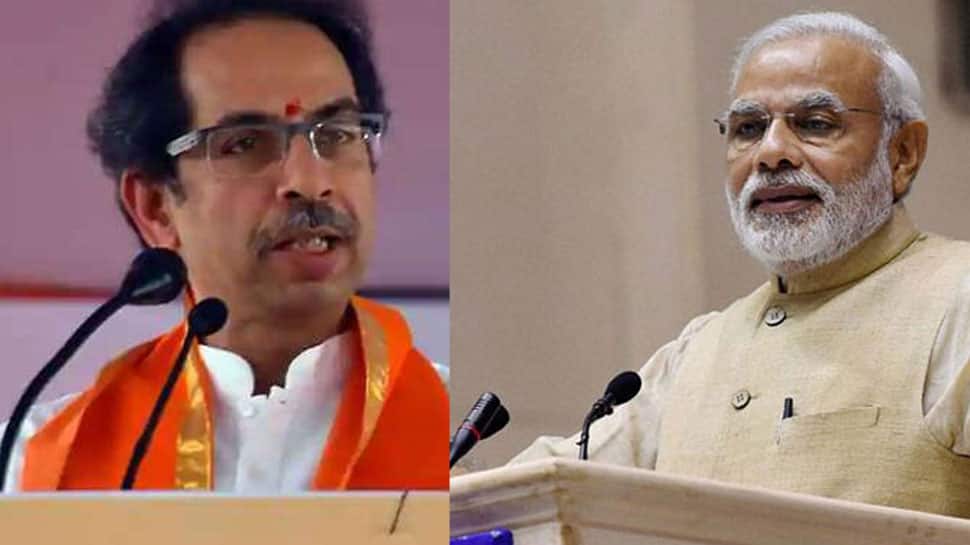 MUMBAI: The Shiv Sena on Tuesday said the BJP should now be prepared to face questions from people over its 2014 poll promises of peace in the Kashmir Valley and construction of Ram temple in Ayodhya. Referring to Prime Minister Narendra Modi's radio programme, it said till now he was putting forth his 'Mann Ki Baat', but on May 23, people's "mann ki baat" will be out.

Lok Sabha polls will be held in seven phases from April 11 till May 19, and counting of votes will be done on May 23, according to the Election Commission.

"History says people cannot be fooled for long. Even people have questions, the answers to which they seek through ballot boxes," the Shiv Sena asked in an editorial in party mouthpiece 'Saamana'.

The BJP secured a big win in 2014, riding on the promises of peace in the Kashmir Valley and construction of Ram temple, the Uddhav Thackeray-led party noted.

"However, both the issues have remained unresolved in 2019 as well. They should be ready with answers when people ask questions over it," said the Sena, a constituent of the BJP-led governments at the Centre and in Maharashtra.

It said doubts were also there in the minds of people over the use of electronic voting machines (EVMs) in polls.

"Why the insistence over EVMs when all other countries have stopped using them due to their faulty nature and the fact that these machines could be controlled with money power?" it asked.

Taking a dig at Prime Minister Narendra Modi and Maharashtra Chief Minister Devendra Fadnavis, it said they were busy with inaugurations, announcements and giving green signal to projects till the last minute before the announcement of Lok Sabha poll dates on Sunday.

"The Model Code of Conduct has come into effect and is now applicable to all except the prime minister and chief ministers of various states," it said in sarcastic remarks.