After its spectacular victory in Delhi, a resurgent BJP is keen to sustain the momentum till the Delhi Assembly polls early next year, while the Congress and AAP are realising the need to get their act together to fend off the saffron challenge. 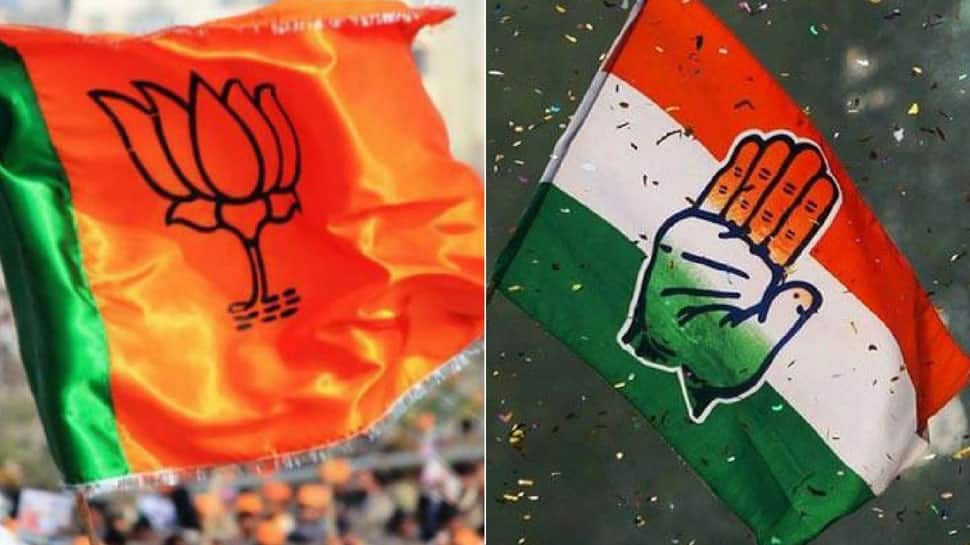 New Delhi: After its spectacular victory in Delhi, a resurgent BJP is keen to sustain the momentum till the Delhi Assembly polls early next year, while the Congress and AAP are realising the need to get their act together to fend off the saffron challenge.

According to the Election Commission data, the Bharatiya Janata Party (BJP), which won all the seven seats, bagged 56.56 per cent votes, followed by the Congress (22.51 per cent votes) and the Aam Aadmi Party (18.11 per cent votes).

The upsurge in the vote shares of the BJP and the Congress indicates that an interesting contest is on the cards in the assembly polls.

Delhi BJP chief Manoj Tiwari asserted that his party will win at least 60 seats in Delhi in the assembly polls and "free" it from the AAP and its chief Arvind Kejriwal.

In the 2015 Delhi Assembly poll, the AAP had won 67 seats while the BJP bagged only three seats. The Congress had suffered a rout as 63 of its 70 candidates, including senior leaders Ajay Maken, Kiran Walia, Haroon Yousuf and Yoganand Shastri, had to forfeit their deposit.

The BJP, riding high on the Modi wave and its nationalism pitch, this time has bettered its vote share in Delhi by almost 10 per cent as against 2014 and all its candidates have polled in more votes than the AAP and Congress in total.

The saffron party, buoyed by its victory, has also coined its slogan of 'Desh Mein Modi, Delhi Mein BJP' for the assembly polls and launched its campaign under the leadership of Tiwari.

The BJP has been out of power in the city for more than two decades. It had last won the assembly elections in Delhi in 1998.

With the BJP registering a spectacular victory under his leadership in Delhi this time, Tiwari's name has started taking rounds in the party circles as the chief ministerial candidate for the 2020 poll.

"The AAP has been pushed to a distant third in Delhi in the Lok Sabha polls. Delhi people have rejected politics of lies," Tiwari said.

People have made up their mind to replace the AAP dispensation with a strong government under the BJP in 2020, he claimed.

However, the Aam Aadmi Party, whose three candidates forfeited their deposits in this general election, asserted that there is no alternative to Kejriwal in Delhi.

The party was seen on a downward slope since its stupendous victory in the 2015 assembly election in Delhi when it had won 67 of the 70 seats.

The list of AAP's worries is long with dipping vote percentage since 2015 being the most crucial. Besides, the party has faced dissent and desertion by several party leaders including its MLAs.

The AAP had a vote share of 32.9 per cent in the last Lok Sabha polls which has gone down drastically to 18.11 per cent this time.

"There is no alternative to Kejriwal in Delhi. We will come with a majority. The Lok Sabha polls became a fight between Modi and Rahul due to which the AAP lost but if you ask people who voted for BJP or Congress they all want Kejriwal as the CM of Delhi," Delhi AAP convener Gopal Rai said.

He said the party would concentrate on its work in Delhi and claimed Lok Sabha polls were highly-polarised, but the assembly elections would not be on these lines.

The Congress, which pipped the AAP in vote share in the Lok Sabha polls, is aiming to place itself as a major contender for the assembly polls.

However, the party staggering under a humiliating defeat in the Lok Sabha polls where its celebrity candidate and Olympian Vijender Singh lost his deposit in the South Delhi constituency, is also has its work cut out.

Octogenarian Sheila Dikshit was brought back by the Congress with a hope that she will help the party regain its lost turf in Delhi, but her ground work is limited by age factor.

Dikshit said the party's defeat was "very disappointing" but expressed satisfaction that the Congress managed to push AAP candidates on third place on five seats.

The Congress, which was relegated to the third spot in 2014 Lok Sabha polls, has marginally bettered its performance this time and will have to regroup and analyse how they can woo back the voters.

A senior Delhi Congress leader said the vote share of the party showed that its traditional voters, minorities and residents of slum clusters, who had switched over to the AAP, were coming back.

"It is a good sign for us. This will help us challenge the BJP and the AAP in the assembly polls next year," he said.