A joint squad of the I-T Department and the EC's static surveillance team carried out searches at Kanimozhi's Thoothukudi residence and office on Tuesday night, two days before the Lok Sabha election in Tamil Nadu. 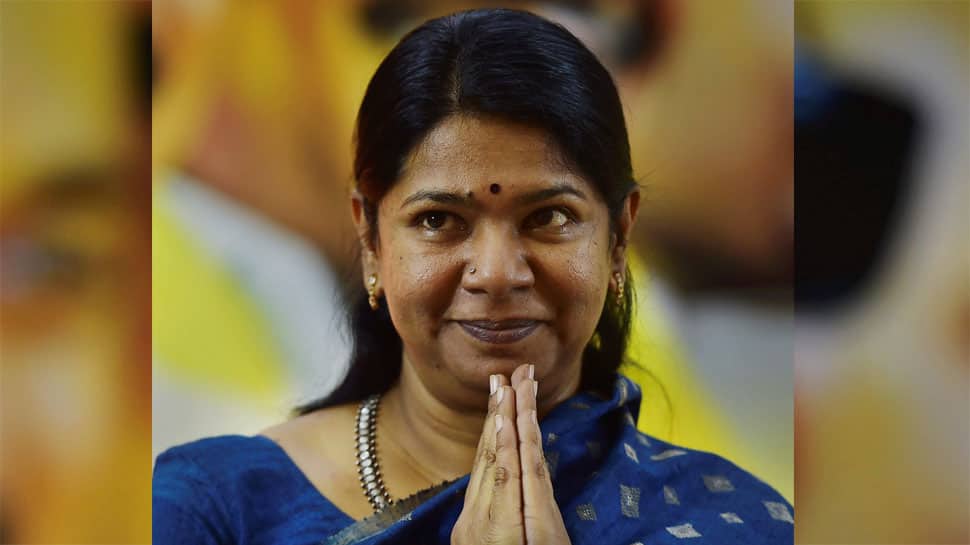 "BJP cannot prevent my success through this income tax raid. The raid is anti-democratic, deliberately planned and tested, and no documents have been seized," Kanimozhi told reporters after the raids.

"They want to intimidate us through this. They have come to stop elections in Thoothukudi. DMK volunteers will be working with more enthusiasm," she added.

Amid allegations of cash-for-votes in the state, a joint squad of the Income Tax Department and the Election Commission's static surveillance team carried out searches at Kanimozhi's Thoothukudi residence and office on Tuesday night, just two days before the Lok Sabha election in Tamil Nadu.

Sources in the I-T department, however, said that nothing was found and no case has been registered.

“On Tuesday evening, I-T department conducted raids at a house in which Kanimozhi is staying on the information shared by the local administration," sources told news agency ANI.

“On the information shared by local administration, Income Tax Department searched premises related to DMK's Kanimozhi in  Thoothukudi. Verification is on. Kanimozhi was there and she cooperated with the team. IT dept found nothing. Search is over,” said the source, adding that there were allegations that “lots of cash” was stashed on the first floor of her house.

As the news of the raids spread, several DMK workers gathered outside Kanimozhi's house and office premises to protest against it.

“Crores and crores of rupees are kept in Tamilisai Soundararajan's residence, why no raids there? Modi is using IT, CBI, judiciary and now the EC to interfere in elections. They are doing this as they fear losing,” MK Stalin later said.

Polling to all 39 seats in Tamil Nadu will be held on April 18 in the second stage of the Lok Sabha polls.