In a stark contrast, Congress, Bahujan Samaj Party (BSP) and Samajwadi Party (SP) offices wore a forlorn look with no party workers or supporters in sight. 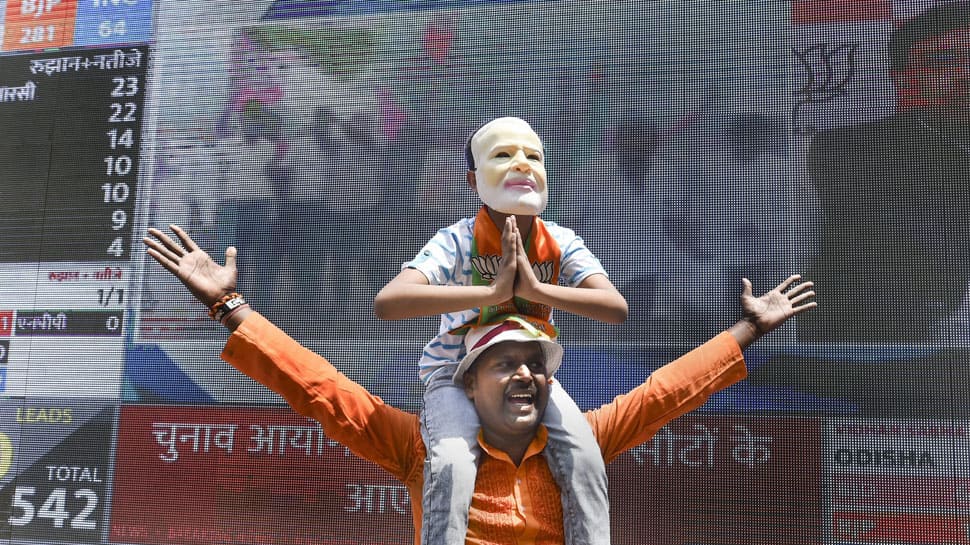 The BJP workers also burst crackers and danced to drum beats as women supporters wore saffron attire and painted their nails in the same hue.

In a stark contrast, Congress, Bahujan Samaj Party (BSP) and Samajwadi Party (SP) offices wore a forlorn look with no party workers or supporters in sight.

On the other hand, the road before the BSP office wore a deserted look. A couple of OB vans deployed by the media were the only vehicles seen outside the party office.

A stone's throw away is the Congress office where news persons outnumbered party supporters. One could only see two big banners along the walls of the Congress office of Nirmal Khatri and R P N Singh, the two party candidates who contested from Faziabad and Kushinagar, respectively.

Disappointment writ large on the faces of Samajwadi Party workers as they hurried inside their Vikramaditya Marg office.

Under the scorching sun, even shop owners selling campaign material outside the SP office sat in stunned silence as those gathered around the tea kiosks talked in hushed tones.