The Aska Lok Sabha seat in south Odisha, considered a pocket borough of the ruling Biju Janata Dal (BJD), is witnessing a keen contest between the Naveen Patnaik-led party and the BJP this time. 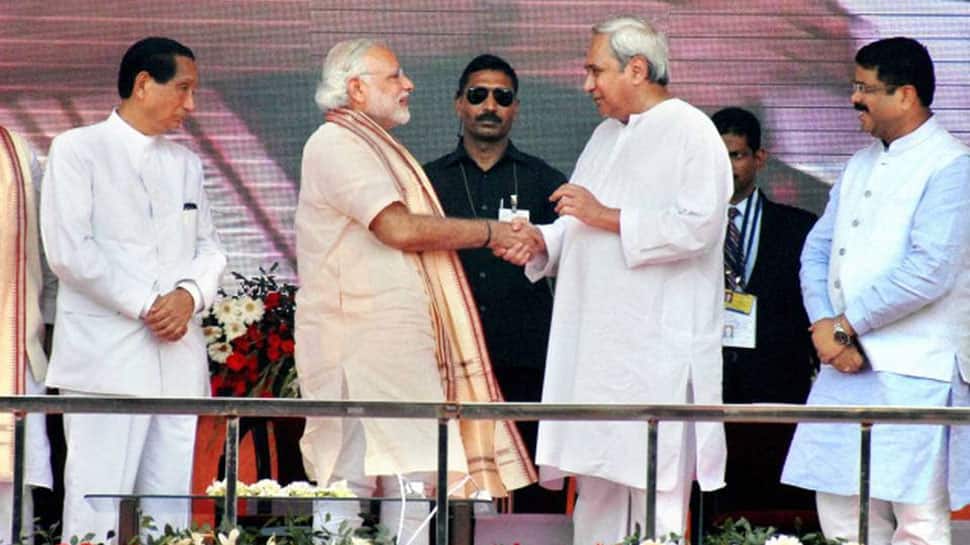 Aska: The Aska Lok Sabha seat in south Odisha, considered a pocket borough of the ruling Biju Janata Dal (BJD), is witnessing a keen contest between the Naveen Patnaik-led party and the BJP this time.

The Congress is supporting Ramakrushna Panda of the CPI, which had won the seat once in the past. All the three contenders are first timers.

Chief Minister and BJD president Naveen Patnaik, who has an emotional connect with the Aska Lok Sabha seat, had said, "Aska will create a history and show the way to the entire country by sending a woman SHG member to parliament and four women to the state assembly."

The legendary Biju Patnaik was elected to the Lok Sabha from Aska in 1996, while Naveen Patnaik fought his maiden poll battle from the seat and won in 1997 in a by-election after the death of his father.

He was also elected to the Lok Sabha from Aska in 1998 and 1999 before confining his political activities to the state.

Naveen Patnaik has been winning assembly elections from Hinjili, which is under this Lok Sabha constituency, since 2000.

Pramila Bisoi, described as the chief minister's women empowerment mascot, appears to be confident of her victory as the ruling party had secured 60 per cent votes in the 2014 election.

The BJD candidate Ladu Kishore Swain had defeated Congress nominee Srilokanath Rath by a margin of 3,11,997 votes and the ruling party had also won all the seven assembly segments under the lok Sabha constituency in 2014.

Countering the opposition claims about her educational qualification and inability to speak Hindi or English, Bisoi said language is not a barrier to express thoughts.

"I may be a novice in politics, but I am aware that several MPs from south Indian states don't know these languages. They have been doing well as MPs," she said.

"When our village (Cheramaria) was cut off due to floods in river Rushikulya after cyclone Titli last year, no one came to the rescue of the marooned people, but the BJD government took prompt steps to provide relief," Bisoi recalled.

Fighting her maiden poll battle, Anita Subhadarshini is banking on the image of Prime Minister Narendra Modi and the influence of her parents.

"Though I am contesting for the first time, I had managed the elections of my father and mother several times," she said.

Her father Rama Krushna Patnaik had won five times as MLA, while mother Kumudini Patnaik had been elected from Aska Lok Sabha seat in 2000.

"Elections are not new to me. I have learnt a lot from my association with polls due to my parents," said 50-year-old Anita.

She alleged that the constituency has been totally neglected by the BJD government and people of the area are highly impressed with the performance of the Modi government.

With the support of the Congress, the CPI candidate is trying his best to regain the seat. CPIs Duti Krushna Panda had been elected from the constituency in 1971.

CPI nominee Ramakrushna Panda said the people of the area will reject both the BJD and the BJP as they are disillusioned with the "false promises" made by both the parties.

The temperature in the area, hovering around 40 degree celsius, seems no deterrent for electioneering with the contestants intensifying campaign for the April 18 election in this seat.

For the BJD, the chief minister undertook whirlwind tours of the constituency canvassing for Pramila Bisoi by holding roadshows and addressing public meetings.

Situated on the banks of river Rushikulya and Badanadi, Aska parliamentary constituency has been facing frequent floods which happens to be a major worry for the residents of the area. People of the constituency feel that candidates are not highlighting the need for a long-term plan for mitigation of flood menace.

"We have demanded construction of a ring embankment to save Aska town from floods. But it is yet to be fulfilled," said a resident of Aska.