Even as Priyanka Gandhi Vadra began her three-day-long Lok Sabha campaign from Prayagraj on Monday, an unperturbed Bharatiya Janata Party said she would be able to do little to ensure a Congress win. 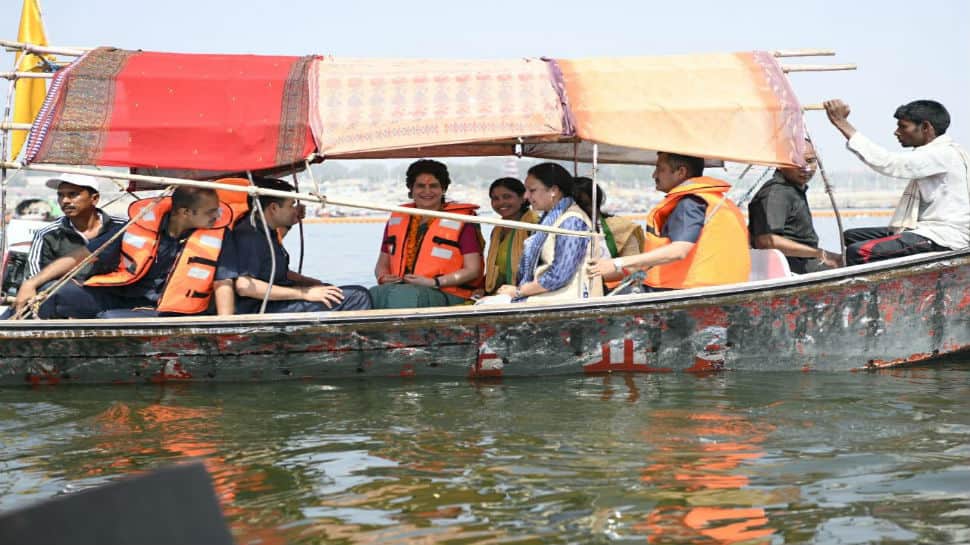 Even as Priyanka Gandhi Vadra began her three-day-long Lok Sabha campaign from Prayagraj on Monday, an unperturbed Bharatiya Janata Party said she would be able to do little to ensure a Congress win.

Priyanka offered her prayers at the Triveni Sangam ghat in Prayagraj before embarking on a boat ride. She also offered prayers at the Bade Hanuman temple and visited Swaraj Bhavan Children National Institute. The BJP, however, remained stoically confident that such efforts won't result in electoral success. "A boat ride cannot ensure a win in the elections. She (Priyanka) can visit as many temples and take as many boat rides as she wants. (But) The truth is that people will decide who to vote for and in UP, Congress will struggle to win anything at all," said Keshav Prasad Maurya, UP's deputy CM. "The SP-BSP alliance and the Congress are leaving seats for each other. (But) Our party will win more than 73 seats (in UP). Modi ji will once again become the prime minister."

BJP leaders have, even in the past, attempted to downplay the impact Priyanka could possibly have in managing Congress' affairs in Uttar Pradesh. When the announcement of debut in politics as the party's in-charge for eastern UP, BJP said that it exposed the failures of party president Rahul Gandhi.

Priyanka will now undertake the 140-kilometre-route on foot, in car, and through steamer boats with an aim to widen the reach of the Congress in the area.

The Congress, however, is hoping that Priyanka's official entry into politics and campaigning before the Lok Sabha election galvanises the party cadre and changes the electoral fortunes of the party.