BSP will remain at zero, SP will find it tough to win even five seats: Uttar Pradesh CM Yogi Adityanath

Yogi Adityanath alleged that for the sake of their survival, grand alliance leaders are resorting to lies and deception. 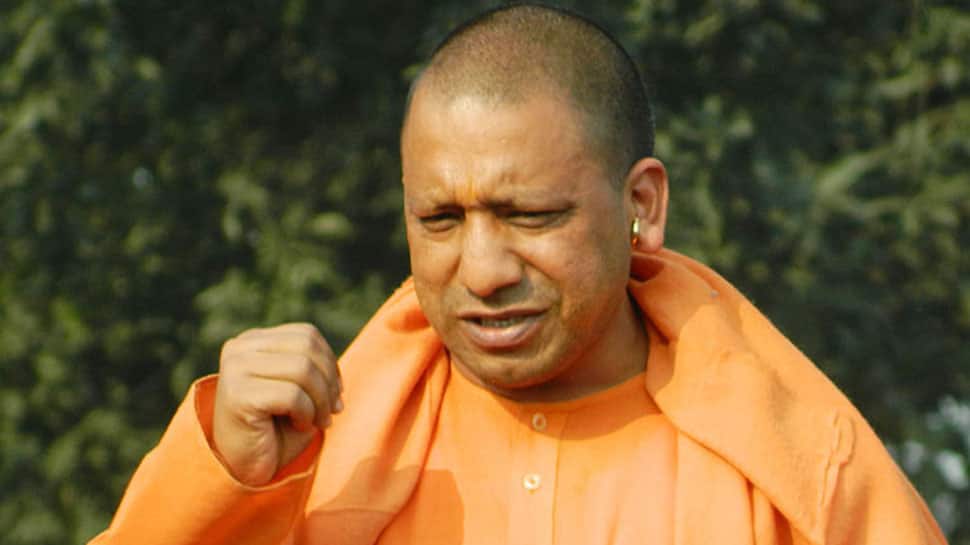 CHITTOOR: Uttar Pradesh Chief Minister and BJP leader Yogi Adityanath on Sunday hit out at the Bahujan Samaj Party (BSP) and Samajwadi Party (SP) stating that the former will not be able to win even a single seat, while the latter will find it difficult to retain even the five seats it won in the 2014 Lok Sabha elections.

Claiming that the Deoband rally of the grand-alliance only showed their panic, the Chief Minister said, "Deoband rally only shows the panic of the parties in the grand alliance which is there because they are finding a threat to their existence."

"Why they did not discuss the anarchic condition during their rule? Why did they not discuss the Muzaffarnagar riots? They don`t have guts to reveal the truth," he added, while asserting that this only showed grand-alliance leaders are not focused on real issues.

Adityanath alleged that for the sake of their survival, grand alliance leaders are resorting to lies and deception."In last two years, our government with the support of Prime Minister Narendra Modi government gave around 23 lakh houses to the poor people in the state. If you look at the two years of SP government, even though the PM Modi government wanted to help yet only 83000 houses were sanctioned," he said.

" We are challenging them to compare 55 years to 55 months," he added.Taking a dig at those fighting to be Prime Ministerial candidates, he said, "Those who are fighting the election on 36-38 seats are dreaming to become the Prime Minister. Nothing could be more laughable than this.

"Reacting to the jibe from the opposition of being drunk on power, the Chief Minister said, " No we are not "high" on power. We work on "sabka sath, sabka vikas". But, what did the SP, BSP government during their term?"

The Chief Minister also recalled how Akhilesh Yadav changed the name of Kanshi Ram medical college in Saharanpur."Dalits should see that how low they (BSP) could go to power," he said while asserting that people of the country want to see Narendra Modi as the Prime Minister of the country again.

Addressing a public rally at Saharanpur district earlier in the day, BSP chief Mayawati had said: "I appeal to Muslims that the Congress is not capable of defeating the BJP.""Only the alliance parties are capable of doing it. Congress does not want the alliance to win. I appeal to Muslims that vote for alliance only. Do not vote for the Congress," she said.

SP chief and former Chief Minister Akhilesh Yadav was also present in the rally, the first one jointly addressed by BSP-SP leaders.The Lok Sabha elections in Uttar Pradesh is scheduled to be conducted in all the seven phases from April 11 to May 19.The results will be declared on May 23.