Campaigning ends in West Bengal, polling in nine Lok Sabha seats to be held on May 19

Polling will be held in nine constituencies of south Bengal on Sunday, May 19. 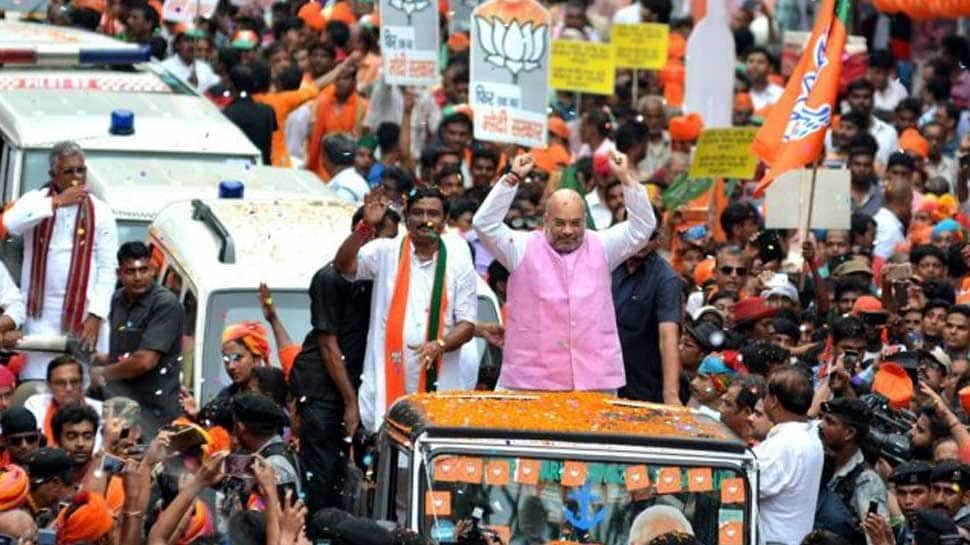 Kolkata: In a first in the country, campaigning for nine Lok Sabha seats in West Bengal going to polls in the last phase came to an end at 10 PM on Thursday, 20 hours before the scheduled time, as per orders of the Election Commission.

Polling will be held in nine constituencies of south Bengal on Sunday, May 19 where an electorate of 1,49,63,064 will decide the fate of 111 candidates.

In a first such action in India's electoral history, the Election Commission had Wednesday ordered campaigning in the nine West Bengal constituencies to end at 10 pm on Thursday, instead of 6 PM on Friday, in the wake of violence between the BJP and the TMC in the city during Amit Shah's roadshow.

A total 710 companies of central forces are being deployed by the EC to cover almost all polling booths of the nine seats to ensure free and fair voting on Sunday, officials in the poll panel said.

The nine seats are spread across the three districts of Kolkata, South and North 24 Parganas. Eight seats, barring the Jadavpur seat, will see a four-cornered contest between the Trinamool Congress, the BJP, the Congress and the Left Front.

Jadavpur will witness a triangular fight as the Congress has not put up its candidate in the seat.

Shah's roadshow in the city on Tuesday saw violence and destruction of social reformer Ishwar Chandra Vidyasagar's bust in a college in north Kolkata named after him.

Choudhury Mohan Jatua is the TMC candidate from Mathurapur (SC) seat against BJP's Shyama Prasad Halder. The Congress has nominated Krittibas Sardar and the CPI(M) has fielded Dr Sarat Chandra Haldar for the seat.

In Diamond Harbour, sitting MP Abhishek Banerjee, who is the nephew of TMC supremo and considered the number two in the party, is seeking re-election from the seat. He will contest against BJP's Nilanjan Roy. The CPI(M) has nominated Fuad Halim and the Congress Soumya Aich Roy for the seat.

In the Jadavpur seat, TMC's celebrity candidate Mimi Chakraborty will contest against Anupam Hazra of the BJP. The CPI(M) has fielded senior leader Bikash Ranjan Bhattacharya.

Mala Roy is the TMC candidate from Kolkata South seat against BJP's Chandra Kumar Bose. The CPI(M) has nominated Nandini Mukherjee and the Congress has fielded Mita Chakraborty.

In Kolkata North, Sudip Bandyopadhyay will contest against Rahul Sinha, the BJP national secretary. The CPI(M) has fielded Kaninika Bose and the Congress, Syed Shahid Imam.

The polling personnel have left for the 17,042 booths in the nine seats, the officials said.

Besides general election observers and expenditure observers, the poll panel has for the first time deployed a special police observer and a special observer.

In another first, VVPAT will be used in all the polling booths along with the EVMs, EC officials said.