The prohibitory orders issued for the area will remain clamped until further notice, the poll panel said. 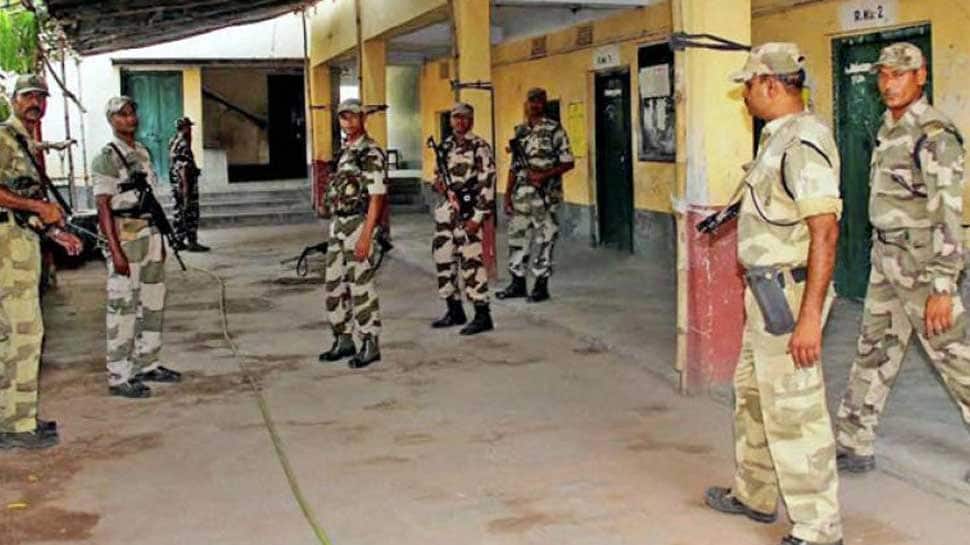 KOLKATA: The Election Commission on Monday clamped Section 144 of the CrPC in West Bengal's Bhatpara in view of violence that took place before and after the by-polls here.

According to reports, the poll panel has asked the district administration to clamp Section 144 CrPC in Bhatpara considering the violence there. The prohibitory orders issued for the area will remain clamped until further notice, the poll panel said.

Election Commission: Sec-144 (prohibits assembly of more than 4 people in an area) has been imposed in Bhatpara for undefined time-period to combat post-poll violence. #WestBengal pic.twitter.com/C61uQP9Krz

Clashes between workers of the Bharatiya Janata Party (BJP) and Trinamool Congress took place and the two sides hurled bombs and ransacked police vehicles, turning the Bhatpara Assembly constituency into a battleground during the by-polls on Sunday.

Bhatpara`s Ghoshpara and Kankinara areas were more violent as workers of BJP and Trinamool Congress clashed and hurled bombs at one another. Several police vehicles were ransacked by the agitators with one vehicle overturned.

Scuffles between agitators and police personnel broke out and eventually, police resorted to baton charge in order to control the situation. Rapid Action Force was also deployed on the spot.

"We have asked for a factual report from the district administration. Forces have reached the spot," Additional Chief Electoral Officer Sanjay Basu said.

According to sources, the disturbances at Kankinara followed Trinamool candidate Madan Mitra`s visit to the spot. Mitra had rushed after getting reports of an illegal gathering near a polling booth of Kankinara High School.

He was stopped by the central forces from going inside. "You will only let people go after checking their identity," Mitra told the officers.

Earlier, Mitra said that if he wanted he could easily remove all the outsiders who gather near booths but his party did not believe in muscle power.

The by-polls were necessitated after Arjun Singh, who defected to the BJP from Trinamool Congress, resigned as Bhatpara's MLA to contest the Lok Sabha polls.

His son Pawan Kumar Singh is fighting the Assembly by-polls on a BJP ticket.

"We want all the people to come and vote. But Arjun Singh is trying to create a disturbance," Mitra added.

Trinamool later filed a complaint with the Election Commission, accusing the BJP of inciting violence across the constituency while the saffron party termed the allegations baseless.

The BJP said widespread violence across the constituency was provoked by Trinamool- supported goons who were trying to intimidate voters.

On Saturday, vehicles were set ablaze in the area and bombs were hurled. Both BJP and Trinamool had pointed fingers at each other.