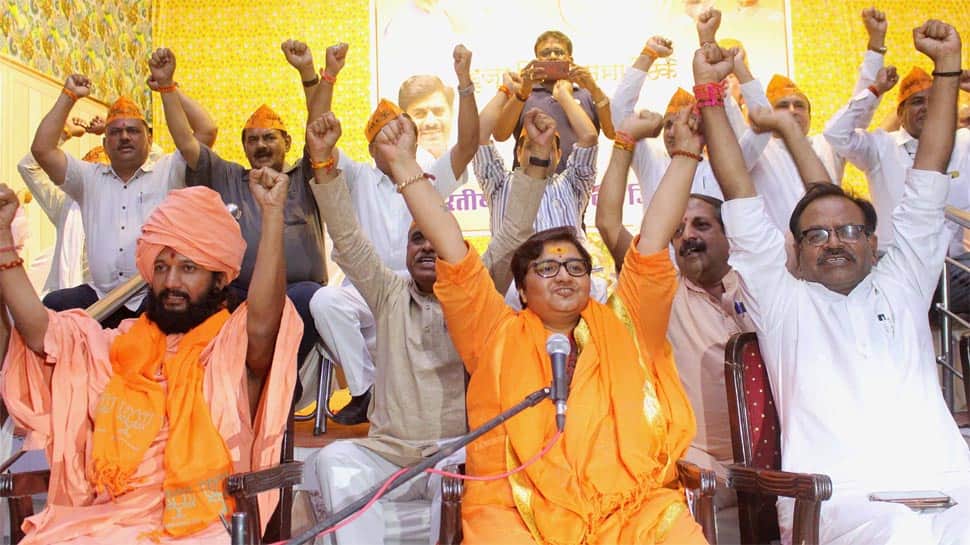 The ban cannot be imposed under current laws, added the source.  According to the law, any citizen above 25 years of age is eligible to contest polls unless convicted for any crime, which involves punishment for two or more years.

Political analyst Tehseen Poonawalla had approached the EC, seeking a ban against Thakur contesting poll over alleged terror charges against her.

“I would humbly request the Election Commission of India to take further necessary steps to uphold the Model Code of Conduct 2019 and take appropriate action against Sadhvi Pragya Singh Thakur and debar her from contesting elections,” said Poonawalla in a letter to the poll panel, adding, “a candidate accused with terror links must not be permitted to contest elections."

Thakur joined BJP earlier this week and was named as the party candidate from Bhopal parliamentary seat on Wednesday. Facing-off against her would be Congress veteran Digvijaya Singh.

Thakur is among the seven accused facing trial in 2008 Malegaon blast case, which killed six people and injured dozen others. A bomb placed on a motorcycle exploded in Maharashtra`s Malegaon on September 29, 2008. She was in jail for nine years and was granted bail in 2017 over health grounds. She faces charges under the Unlawful Activities (Prevention) Act.

While interacting with BJP workers and media in Bhopal on Thursday, Thakur broke down as she recalled the `torture` faced in the custody.

"Police kept me in illegal custody for 13 days. Right from the first day, without asking me anything, they hit me with belts. It was not easy to handle the torture. The whole body gets swollen, gets numb," she said. "I am not recounting my pain to you but what I am trying to say is that no woman should have to go through what I did. While hitting me, they used to abuse me."

Bhopal will go to polls on May 12. The results will be announced on May 23.