Let's take a look at the list of TV and film celebrities contesting the general elections 2019: 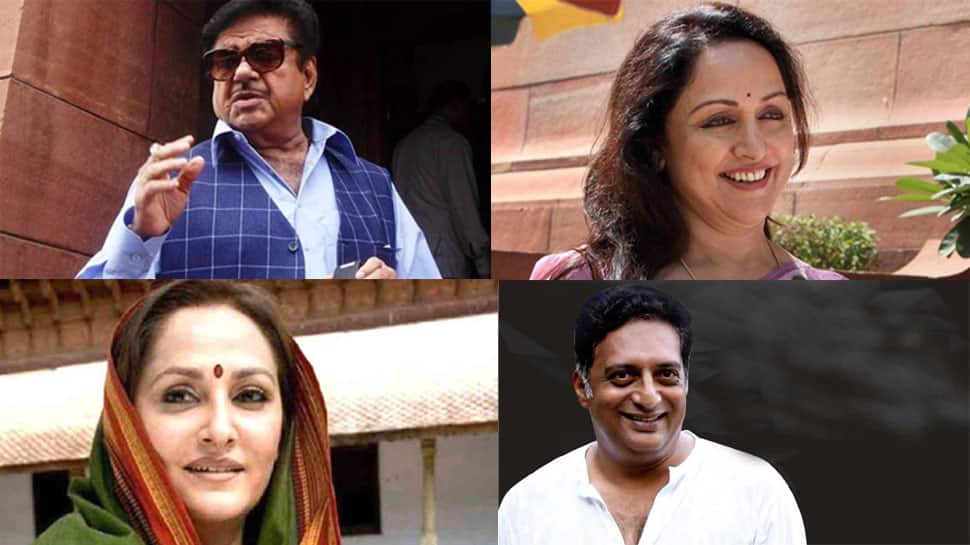 New Delhi: Several prominent faces have been fielded by political parties, who will be contesting the Lok Sabha elections 2019. Be it television, Hindi movies or south cinema—many of the known celebrities have forayed into politics amid much pomp and show.

Let's take a look at the list of TV and film celebrities contesting the general elections 2019:

The veteran Bollywood actor turned politician is contesting from the Patna Sahib constituency. He quit BJP and joined Congress this year.

Renowned actor from the south film industry, Prakash Raj, is contesting the elections as an independent candidate from the Bangalore Central constituency.

Bhojpuri megastar Ravi Kishan has been fielded from the Gorakhpur constituency, Uttar Pradesh in the Lok Sabha election 2019 by the Bharatiya Janata Party (BJP). The famous face from the entertainment industry expressed his happiness and excitement for getting this opportunity.

Famous Bollywood star Sunny Deol joined BJP on April 23, 2019. The superstar has been fielded from the Gurdaspur constituency in Punjab.

Popular Bollywood actress joined the Congress party amid much fanfare and will be contesting elections from the Mumbai North seat.

Veteran Bollywood actress Hema Malini is the BJP MP from Mathura and will be fighting to secure her second term.

The singer turned politician Babul Supriyo will be fighting from the BJP ticket against Moon Moon Sen in Asansol.

Innocent Vareed Thekkethala, known by his first name 'Innocent' represents the Chalakudy constituency. He has worked in several Malayalam, Bollywood, English, Kannada and Tamil movies. He is known for his perfect comic timing on-screen.

Prominent face from Bengali movie business, Nusrat Jahan has been fielded by TMC from the Basirhat constituency.

The renowned singer turned politician is the BJP candidate from the North-West Delhi Lok Sabha constituency.