In August 2018, the High Court had suspended Hardik's jail sentence in Vispur rioting case but not the conviction. 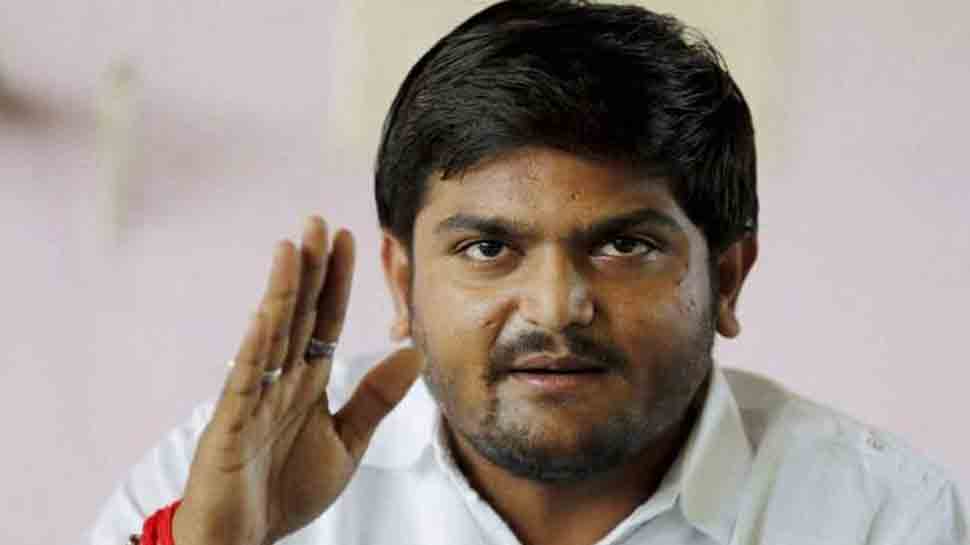 New Delhi: Congress leader Hardik Patel on Monday moved the Supreme Court challenging the Gujarat High Court order in which he has been convicted in the rioting and arson case during the Patel agitation in 2015. The Mehsana court had awarded two-year jail term to Hardik in the case.

In August 2018, the High Court had suspended Hardik's jail sentence but declined to dismiss his conviction. Under the Election Law -- Representation of the People Act and a related Supreme Court ruling -- a convict facing a jail term of two years or more cannot stand for election unless the conviction is stayed.

Hardik's petition is likely to be mentioned on Tuesday for urgent hearing. His lawyers are expected to seek a stay on the March 29 order of the Gujarat high court because of which he cannot contest the upcoming Lok Sabha election. The last date for filing the nominations is April 4.

The 25-year-old firebrand leader had started preparations to contest from Jamnagar seat on a Congress ticket. It is to be noted that Hardik had joined the party in the presence of party president Rahul Gandhi and UPA chairperson Sonia Gandhi on March 12.

In the high court, the Gujarat government had submitted that there were 17 FIRs including two sedition complaints against Hardik, who has been accused of making for inflammatory speeches during his rallies.

Gujarat, the home state of Prime Minister Narendra Modi, will vote in a single phase on April 23. The state has 26 Lok Sabha seats and all of them were won by the BJP in the 2014 Lok Sabha elections.