The PM has appealed to a cross-section of celebrities to encourage people to vote in large numbers. 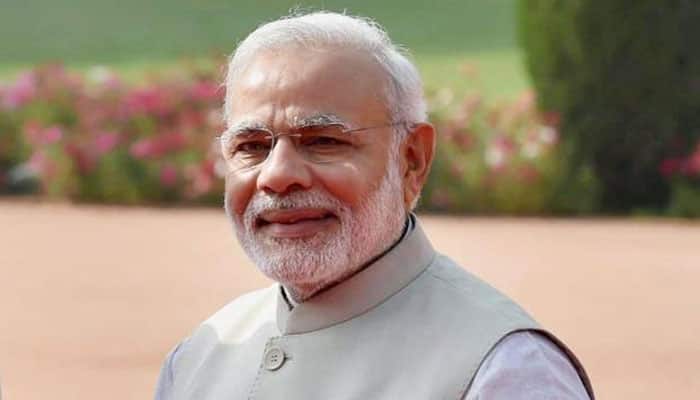 Urging you all to strengthen voter awareness efforts across India.

Let us all ensure maximum number of Indians come out to vote in the 2019 Lok Sabha elections.

''A high turnout augurs well for our democratic fabric,'' the PM wrote on his personal Twitter handle.

In another tweet, the PM urged famous film personalities such as Mohan Lal and Nagarjuna Akkineni to create awareness among the voters.

"Your performances have entertained millions over the years and you have also won many awards. I request you to create greater voter awareness and urge people to vote in large numbers," he said.

Besides making a series of tweets, the PM also wrote a blog in which he described ''voting'' as a "prime" duty of every citizen.

In his blog, the PM encouraged people to exercise their franchise in the upcoming Lok Sabha election 2019, beginning from April 11.

"A vote signifies the willingness to contribute to the development trajectory of the nation. By voting, people connect themselves with the country's dreams and aspirations," the PM wrote in the blog.

In his blog, the PM reminded the voters, especially the young ones, that elections are round-the-corner and all those who are eligible to vote must exercise this power to elect a stable and strong government.

In his blog titled ''Four requests for a stronger democracy'', the Prime Minister requested the top opposition leaders to urge people to come out in large numbers during polling in their respective areas.

Four requests for a stronger democracy.

An appeal to the voters of India, especially my young friends. https://t.co/sGsfK0p5lQ

The PM began his blog by making four genuine requests to the voters and asked them to first get themselves registered for polling, check all facts before the polling in their area, plan their schedule carefully so that they don't fail to cast their vote and encourage others to vote.

He also shared a link where people can register as voters.

To drive his point home, the Prime Minister said that not voting should create "anguish" amongst those who do not turn up at polling stations.

"Would you want a situation where something happens in the country that you disapprove of and you are forced to think - because I did not go vote that day, this unfortunate situation has arisen and the nation is suffering," the PM asked in his blog.

The 2019 elections, PM Modi said, are special because for the first time those born in the 21st century will be able to cast their votes.

"I hope all eligible youngsters who have not registered to vote will do so and enrich our democracy by voting," he said.

Tagging several media personalities and institutions, the PM said the media plays a vital role in a democracy and has a strong influence on people's minds.

"The last few elections, in various states and at the Centre, have witnessed record turnout. Continuing this encouraging trend, I urge my fellow Indians to vote in record numbers in the 2019 Lok Sabha elections," he wrote in his blog.

He urged the "influencers from all fields, including politics, industry, sports, films and other walks of life" to take the lead in spreading voter awareness and value of high voting.

The PM concluded by expressing hope that the Lok Sabha election 2019 will see maximum voter participation and record the highest-ever voter turnout in the history of elections in India.