Speaking at Zee News' India Ka DNA conclave, Tiwari said that the poor in Purvanchal have always been ignored and it was only changed by the Modi government. 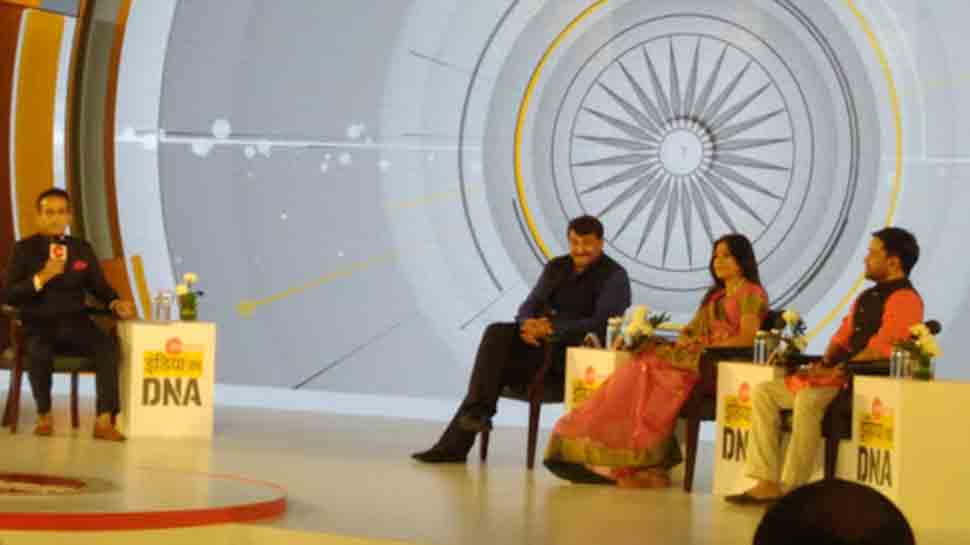 New Delhi: Bharatiya Janata Party (BJP) leader and Lok Sabha MP from northeast Manoj Tiwari on Monday said that the people of Purvanchal (northern India, comprising the Uttar Pradesh and Bihar) was always ignored till Congress was in the power. No one ever paid attention or spoke about the region earlier. Only Prime Minister Narendra Modi took note of the condition in this region and changed it.

Tiwari said that Modi had once said during his address that India will develop only if Purvanchal develops.

Attacking Congress president Rahul Gandhi for ignoring the region during UPA's rule, Tiwari added, "Rahul Gandhi has been an MP from the region but did he ever think about toilets in villages? No, never. '5 saal aur ab Modi ki jarurat hai'."

Tiwari also slammed Delhi Chief Minister and AAP supremo Arvind Kejriwal over his demand of full statehood for Delhi saying, "The Delhi CM is not willing to give the sanction to prosecute those who shouted "Bharat tere tukde honge". What kind of politics if this?"

Nirahua begins his address by singing a Bhojpuri song praising PM Modi and said, "There is a misconception that if a person belongs to a particular caste, then he or she will be from a particular party. But it is no longer true. It is good to form organisations and give voice to caste, but they should work for the country. The country wants Modi as the prime minister."

Appealing people to not caste their vote on the basis of caste and religion, Nirahua said, "I am a Yadav and if we think that since he is a Yadav, then he is a Samajwadi Party member, then it is wrong. A Yadav who is in the defence force does not support a political party. He loves his country and is a patriot."

"I had met Akhilesh Yadav a few years back and he had offered me a ticket to contest the election but I refused. But now I see that opposition has joined hands and does not want Narendra Modi to become the prime minister as he is doing great work. It is then I decided to join politics," he added.

Bhojpuri singer Malini Awasthi said there was no talk of development earlier but Modi changed the entire discourse. Now everyone has seen what the Modi government can do. "Narendra Modi has broken the stranglehold of caste on politics in Bihar and Uttar Pradesh. This election is not about you, but it is about the country's future. Uttar Pradesh has left caste politics behind and now wants development."

Hailing the Prime Minister for his campaign on Swachh Bharat, Awasthi said, "Cleanliness was never an issue. But it takes a very strong will to talk about it and PM Narendra Modi did that. His first words were we live in a filthy environment and it should change."

"If nationalism is an election topic, then it is a good sign. The country needs to respect the soldiers irrespective of whether there is a war or not. Soldiers are respected when there is a war like it was in 1971 and Kargil. It is no longer the case," she said.

"I went to meet a Pulwama martyr and his father told me that I should speak to his son's wife and convince her to join the force as he is educated and has good height. This is nationalism and it has been our history," she said.

Congress' abuses are my badge of honour: PM Narendra Modi at Wardha rally