Kakinada is one of the key Lok Sabha constituencies in the state and has a population of just over 19 lakh (14 lakh over the minimum voting age of 18). 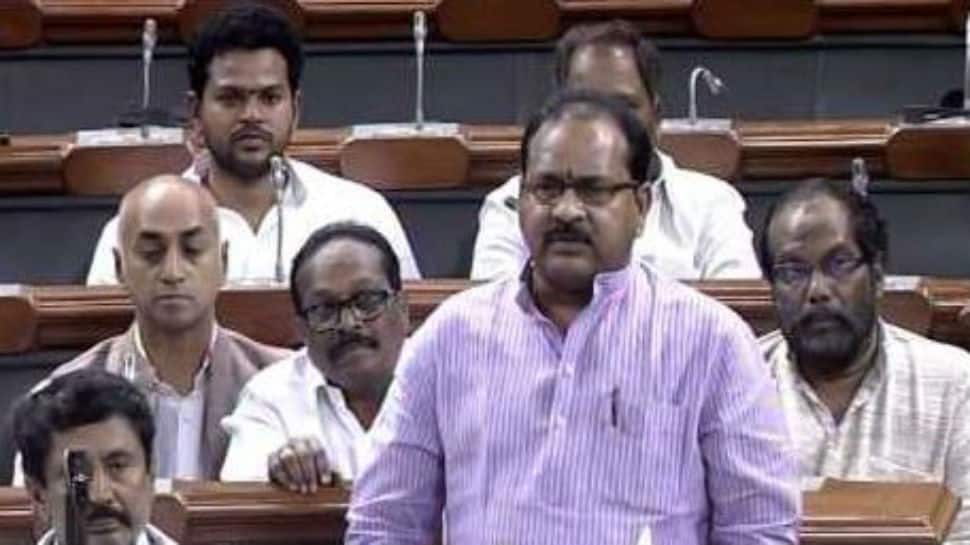 TDP's Thota Narsimham won from Kakinada in the 2014 Lok Sabha election but has said he won't contest in 2019. (Photo: LSTV)
Share:
Written By:

Kakinada is one of the 25 Lok Sabha constituencies in Andhra Pradesh. Over the last seven decades, it has elected MPs from Communist Party of India, Congress, TDP as well as BJP.

Kakinada is one of the key Lok Sabha constituencies in the state and has a population of just over 19 lakh (14 lakh over the minimum voting age of 18) with 65% people living in rural areas. It also has a gender ratio in favour of women while 15.43% of the entire population falls into the SC category.

While Kakinada was dominated by Congress in the Lok Sabha elections since 1957 till 1980, TDP managed its debut win here in 1984. Since, the party has won five times here although the triumph in 2014 was one of the narrowest. Thota Narasimham defeated YSRCP's Sunil Chalamalasetty by 3,431 votes with the overall voter turnout at 78%. Before this, the smallest margin of victory in Lok Sabha elections was 18.684 - way back in 1962.

BJP has also tasted some degree of success here with a solitary win in 1998.

Ahead of Lok Sabha election this year, no party is willing to give up even an inch in what promises to be a fierce political battle in Kakinada. After his narrow defeat in 2014, Chalamalasetty joined TDP earlier in March. In February, Chalamalasetty's adversary in Narasimham announced he would not contest.

Congress, with no alliances in sight, has launched its campaign and has even informed it is ready to receive new aspirants for the Lok Sabha seats. YSRCP and BJP too have hit the ground running here.

INKredible India: The story of 1967 Lok Sabha election - All you need to know