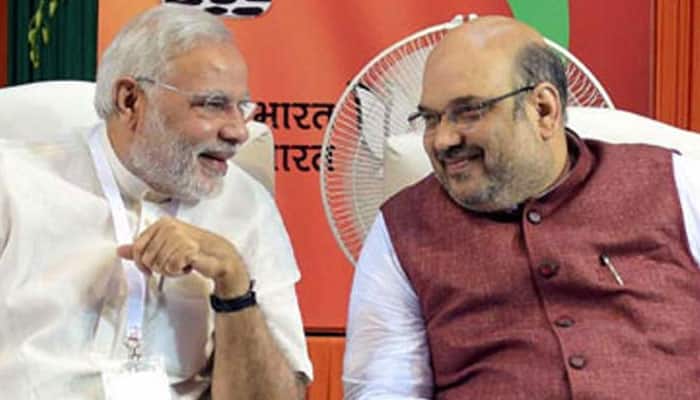 NEW DELHI: The Narendra Modi-Amit Shah powered BJP is expected to release its first list of 100 candidates for the upcoming Lok Sabha election 2019 on Saturday.

If reports are to be believed, the first list of 100 candidates will be announced by the top BJP leadership following a meeting of the party’s central election committee.

The meeting is scheduled to start around 4 PM on Saturday.

According to reports, the election committee meeting will be chaired by PM Narendra Modi at party headquarters in the national capital.

It will be attended by top party leaders including party president Amit Shah, Arun Jaitley, Rajnath Singh, Sushma Swaraj, Nirmala Sitharaman and others.

As per the BJP sources, the BJP is likely to announce its first list of candidates for Maharashtra and Karnataka.

The list is also likely to include the names of candidates of 8 western UP seats including Ghaziabad and Noida (Gautam Buddha Nagar).

Earlier on Friday, the BJP sealed a deal with its ally Apna Dal to jointly contest Lok Sabha polls in Uttar Pradesh.

With the resolve of the Narendra Modi government once again (Phir Ek Baar Modi Sarkar), the BJP and the Apna Dal will fight the Lok Sabha elections in UP together,” BJP chief Amit Shah posted on Twitter.

BJP's Parliamentary Board had met on March 8 during which it was decided that Prime Minister Narendra Modi will contest the upcoming Lok Sabha polls from Varanasi.

The constituency holds greater importance in the wake of polls as the Prime Minister, along with the BJP allies, had managed to win all eight assembly constituencies in the city during the Uttar Pradesh assembly elections.

Lok Sabha polls are set to begin in seven phases from April 11.

The same will conclude on May 19. The counting of votes will be done on May 23 and the results will be announced later in the day.