Ahead of the polls, Jadhav had quit as Congress MLA and joined the BJP to contest the Lok Sabha election from Gulbarga. 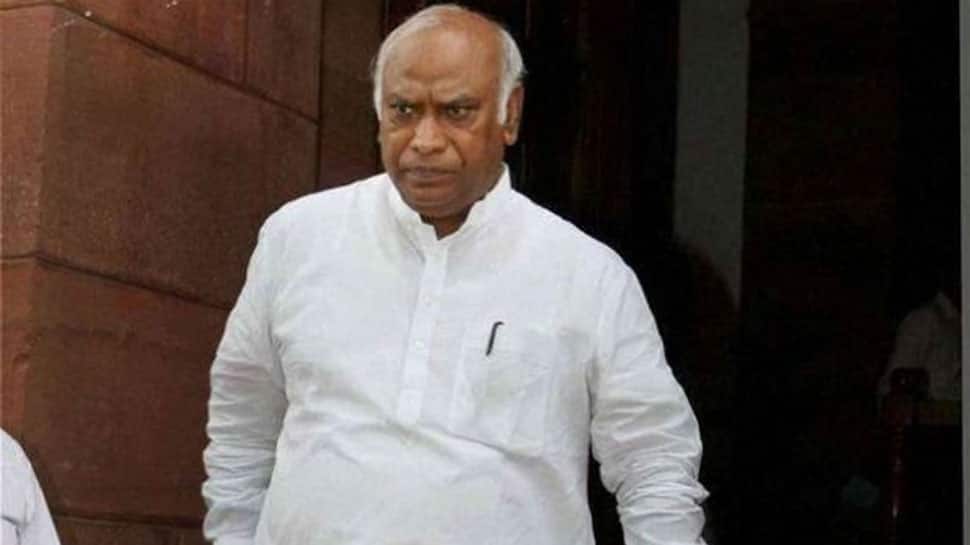 Bengaluru: In a huge setback to the Congress, veteran party leader Mallikarjun Karge was defeated by BJP's Umesh Jadhav in Gulbarga by a margin of 95,452 votes Thursday.

Popularly known as "solillada Saradara", (a leader without defeat), this was the first electoral loss in Kharge's political life spanning several decades.

Ahead of the polls, Jadhav had quit as Congress MLA and joined the BJP to contest the Lok Sabha election from Gulbarga.

Jadhav was among the four MLAs against whom Congress had moved the Assembly Speaker for disqualification under anti-defection law.

However, the speakerafter hearing both sides accepted his resignation as MLA.

This election was considered as tough one for Kharge, a nine-time MLA and two-term Lok Sabha member, as several senior leaders of Congresslike BaburaoChinchansur, Malka Reddy and Malikayya Guttedar,from theregion quit the party and joined BJP.

These leaders along with Jadhav, who had quit theCongress upset over the dominance of Kharge and his son Priyank Kharge (Minister in the coalition government) in the region, found a common ground and aggressively campaigned against the father-son duo.

Kharge, who was leader of the Congress party in Lok Sabha, had served as Union Cabinet Minister- Labour and Employment, also Railways and Social Justice and Empowerment in theManmohan Singh-led UPA government.

He had also held various portfolios in successive Congress governments that governed the state and was also president of Karnataka Congress and leader of opposition in the state assembly.

Kharge had defeated Revunaik Belamagi of the BJP by a margin of 74,733 votes in the 2014 Lok Sabha polls.

Gulbarga for long has been the bastion of the Congress and the party had lost its hold over the constituency only in 1996 and 1998 Lok Sabha polls when the JanataDal and BJP had won the seat respectively.

Gulbarga has eight assembly seats of which Congress holds four, the BJP three and JD(S) one.