The polls to Tamil Nadu`s 39 Lok Sabha seats and the by-elections for 18 assembly seats, both slated for April 18, are not driven by a single narrative but by a combination of several national and state-specific issues, say experts and stake-holders. 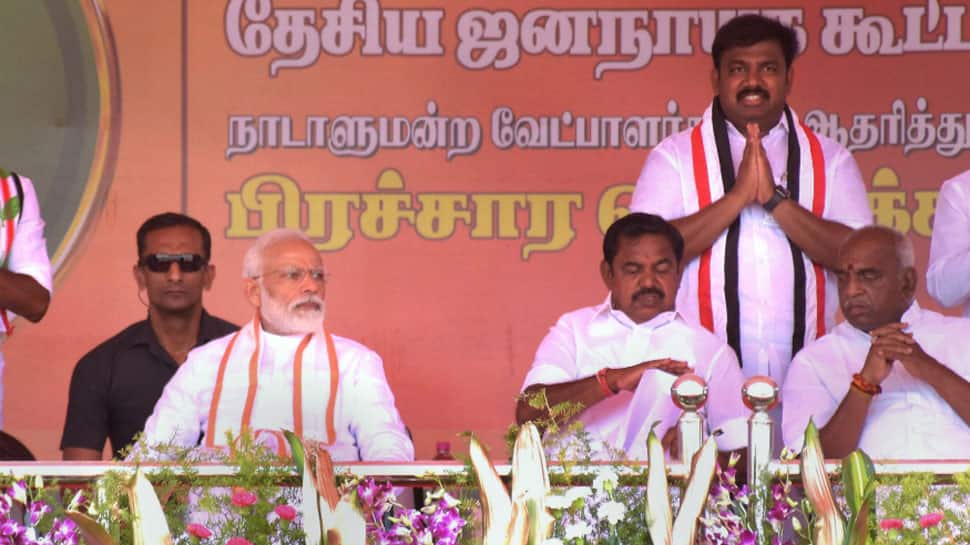 Chennai: The polls to Tamil Nadu`s 39 Lok Sabha seats and the by-elections for 18 assembly seats, both slated for April 18, are not driven by a single narrative but by a combination of several national and state-specific issues, say experts and stake-holders.

About 5.99 crore voters will decide the electoral fate of 845 candidates in the Lok Sabha battle in Tamil Nadu.

"There is no single major narrative in the polls. It is a combination of several issues - some prevalent statewide and others in some pockets only," political strategist Jhon Arokiasamy said.

Concurring with him, DMK spokesperson TKS Elangovan told IANS: "The major issues are unemployment, price rise, rise in fuel prices, and the failure of Prime Minister Narendra Modi to keep up his 2014 poll promises."

That apart, water crisis - both for drinking and irrigation, the anti-Sterlite Copper smelter plant agitation and the killing of 13 protestors in police firing last May, infrastructure (road and hydrocarbon extraction) projects affecting the livelihood of people are some other issues that are before the people to take into account before casting their vote.

While one view is that the fight seems to be between the DMK and the Bharatiya Janata Party with the ruling AIADMK relegated to the background, the second view is that the AIADMK is deliberately keeping the BJP in the forefront as a strategy.

"The Lok Sabha poll core issue has turned out to be the DMK versus the BJP. The BJP wants to make an entry into Tamil Nadu," Ramu Manivannan, a Professor of Political Science at University of Madras said.

He said the DMK is mobilising all its forces against the BJP and DMK President M.K. Stalin has been strongly criticising Prime Minister Modi as "facist" in his rallies.

"Earlier BJP used to say the two Dravidian parties - the AIADMK and the DMK - had stalled Tamil Nadu`s progress. But now, the BJP cannot say that anymore as it has aligned with the AIADMK," Manivannan remarked.

Former AIADMK MP K.C. Palanisamy maintained that all these years, the election fight in Tamil Nadu had always been between the AIADMK and the DMK. But "this time around, the AIADMK leadership has failed to maintain that line, giving prominence to the BJP", he said.

Arokiasamy did not agree, noting Chief Minister K. Palaniswami has been attacking Stalin in all his rallies while speaking about the need for a strong leadership like Modi`s for the nation.

Another AIADMK leader, however, held that if the DMK is targeting BJP, "it is good for the AIADMK". "The BJP is not a major force in Tamil Nadu now. There is no point in targeting that party to gain politically," the AIADMK leader, who did not want to be named said.

Arokiasamy also argued that the BJP is spoiling not only its chances but also that of its alliance partners by its views on the eight-lane expressway between Chennai-Salem and the NEET exam.

"Overall it boils down to centre-state relations and the rights of the states," he said.

Recently the Madras High Court struck down the land acquisition for the expressway project between Chennai-Salem. The project was opposed by farmers in five districts and barring the ruling AIADMK and the BJP, all other parties were opposing the project.

Recently, Union Minister Nitin Gadkari, in an election rally in the state, said the project will be completed following the procedures.

Similarly, when all the parties including AIADMK were opposed to NEET, Union Minister Piyush Goyal said there is no need to scrap the entrance exam for medical colleges.