PM using fearmongering in campaign instead of his governance record: Omar Abdullah

The former J&K chief minister, who believes the Congress is the only pan-India opposition party, said that he is surprised by the prime minister's campaign tack. 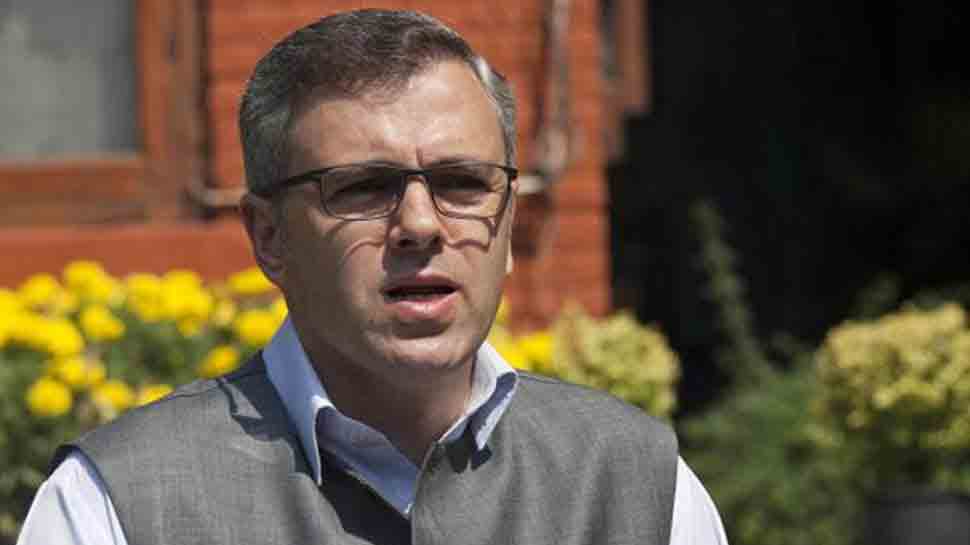 Srinagar: It is unfortunate that Prime Minister Narendra Modi has resorted to fearmongering in his election campaign, rather than focusing on his five-year track record in governance, says National Conference leader Omar Abdullah.

The former Jammu and Kashmir chief minister, who believes the Congress is the only pan-India opposition party and should have formed regional alliances with various outfits in states, said that he is surprised by the prime minister's campaign tack.

"I am surprised that a prime minister who has supposedly a five-year track record to fight these elections on, is fighting them on the fear mongering that it is only Pakistan and terrorists who want him to lose," Abdullah told PTI in an interview.

Abdullah used Modi's speeches in Meerut, Rudrapur and Akhnoor on Thursday to substantiate his point.

Launching his party's Lok Sabha poll campaign in Uttar Pradesh, Uttarakhand and Jammu and Kashmir, Modi kept the focus on national security, terrorism and how his "decisive" government had shown the courage to conduct a surgical strike in all spheres -- land, sky and space.

"The PM has gone back again to use Pakistan to try and consolidate his election victory. The initial assessment of his three speeches yesterday -- he mentioned Pakistan 10 times, he mentioned jobs only thrice, once each in the three rallies," he said.

Abdullah said that, it showed where the prime minister's priorities lie and where the narrative is sought to be steered.

"I think it is unfortunate. This country has enough internal problems without the PM trying to drum up support on the basis of fear," he said.

Discussing the apparent failure of the opposition to cobble up a nationwide alliance, the National Conference vice president said he always had reservations about the "Mahagathbandhan."

"I always had reservations about this Mahagathbandhan. I always knew that it is going to be problematic. I had from time to time cautioned some of the bigger opposition leaders, not to try to get into this cobbling up an alliance of 15 or 16 parties," he said.

Abdullah asserted that, Congress is the only one pan-India opposition party as on date and the party should have formed regional alliances with various state outfits.

"At the end of the day, there is only one pan-India opposition party and that is the Congress. The Congress has to get into regional alliances at the state level with various regional parties. Therefore, this idea of the conglomerate of an opposition parties was misleading."

"It has happened in some cases and not in others," Abdullah added. On the tie-up between his party and the Congress in Jammu and Kashmir, he said it was not really an alliance.

"We chose not to field candidates from Jammu and Udhampur in order to keep the secular vote from splitting and PDP followed our decision and announced something similar."

"In Srinagar, out of regard for Farooq Abdullah, Congress has decided not to put up a candidate. We will be contesting against Congress in the other three seats of south Kashmir, north Kashmir and Ladakh," he said.

According to Abdullah, the main poll plank for his party is the protection of the special status of Jammu and Kashmir, as enshrined in the Constitution of India.

"The primary issue for us is the protection of Jammu and Kashmir's special status. Yesterday's blogpost by Finance Minister (Arun Jaitley) makes it amply clear, as to what the intentions of the BJP are. It makes it all the more important that we contest these elections on the commitment to ensuring J&K's special status, particularly enshrined in Articles 370 and 35A," he said.

In a statement that came amid the BJP pressing for early elections to state assemblies in the state, Jaitley said Article 35A, which restricts non-permanent residents to buy property in Jammu and Kashmir, is "constitutionally vulnerable" and also hampering economic development of the state.

Abdullah said that, his party wanted the voice of people of Jammu and Kashmir to be heard in Parliament and they have put forward their best representatives.

"(Anantnag Lok Sabha seat candidate) Justice (retired) Hasnain Masoodi's judgments on Article 370, are well known and we could not have got anyone better than our party president Farooq Abdullah (for Srinagar constituency)."

"Akbar Lone (Baramulla constituency), whatever you may say or may not say about some of the things he comes out with, he is a fighter. He is not a man who shies away from speaking. We want someone who can stand up and speak in Parliament and be heard," he added.

Jammu and Kashmir has six Lok Sabha constituencies and goes to the polls over multiple phases beginning April 11.