A day after clashes broke out between BJP and TMC supporters in Birbhum's Nanoor, Rampurhat, Nalhati and Suri areas, violence returned. 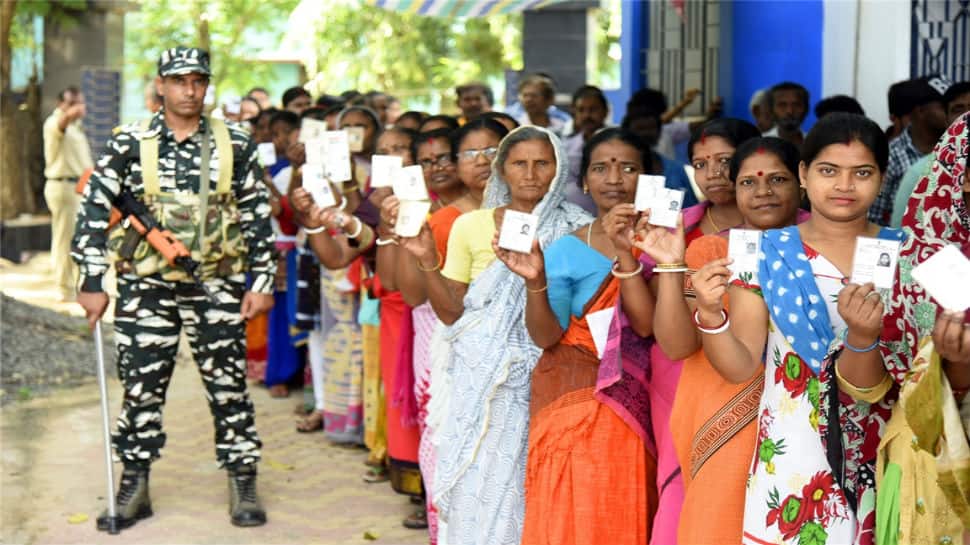 Voting took place in Birbhum under tight security even as clashes broke out at several places here. (IANS Photo)
Share:
Written By:

Shattered chairs and broken tables on Tuesday bore the grim evidence of the violence that has spilled over from a day earlier in West Bengal's Birbhum.

A day after voting in the fourth phase which saw violence in several places across West Bengal, Bharatiya Janata Party and Trinamool Congress cadres once again clashed on Tuesday, injuring at least one person. Zee 24 Ghanta reported that several TMC supporters allegedly attacked BJP polling agents in the morning after voting here and that a BJP polling agent even lost a finger in the incident in Mallarpur. It is reported that BJP workers subsequently retaliated by targeting houses of TMC supporters.

A massive contingent of state police has been deployed to Mallarpur and other areas of Birbhum to restore order and peace even as tensions remain high.

Allegations and counter-allegations have been leveled by both BJP as well as TMC - both parties accusing each other of undermining the electoral process.

On Monday, Asansol and Birbhum had seen most of the incidents of violence in the state. BJP MP Babul Supriyo had alleged that BJP poll agents had been stopped from entering the polling stations and that TMC goons were influencing the voting process. His car and cars of several media houses - inlcuding Zee News - were vandalised.

Soon after, TMC had fired a letter to the Election Commission in which the party accused BJP of using violent means to disrupt the election process.

West Bengal, despite the incidents of violence, saw a voter turnout of 76.66 per cent in the eight seats.