Posters of the Priyanka and Congress chief Rahul Gandhi have been put up across the 140 kilometrer route through four districts of the state - Prayagraj, Bhadohi, Mirzapur and Varanasi. 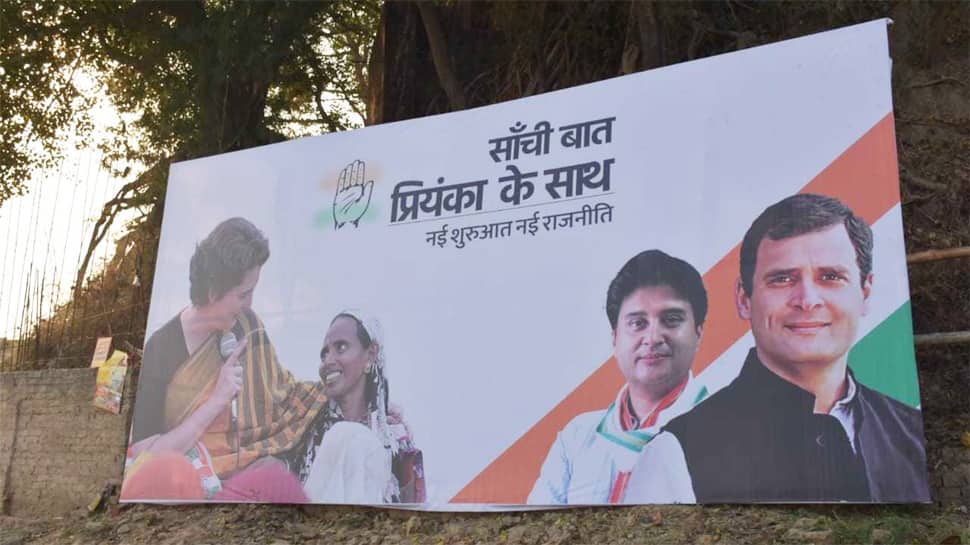 PRAYAGRAJ: Congress general secretary Priyanka Gandhi on Monday began her three-day tour from Prayagraj to Varanasi. She will undertake the tour on foot, in car and through steamer boats in an attempt to widen the reach of the Congress in the area.

Posters of the Priyanka and Congress chief Rahul Gandhi have been put up across the 140-kilometre route through four districts of the state - Prayagraj, Bhadohi, Mirzapur and Varanasi  - which she will cover in the next three days. The journey which commenced from Prayagraj on Monday will conclude at Varanasi's Assi Ghat and Dashashwamedh ghat on Wednesday evening.

She reached Prayagraj late on Sunday night after holding meetings with party leaders in Lucknow. She will be offering prayers at the Sangam ghat. She is also likely to visit the Hanuman mandir and Akshay vat to pay obeisance. Throughout her trip, she will be interacting with people and try to know the pulse of the state. She will also be meeting the family of Pulwama attack martyr Mahesh Yadav in Allahabad.

Ahead of her three-day poll campaign, Priyanka on Sunday wrote an open letter addressed to the people of Uttar Pradesh and vowed to change the face of politics. For this, she said, she will be meeting the people are will hear their problems and concerns as "political transformation in the state was not possible without listening to the voices of the people and sharing their pain".

"Hence, I have come to your doorstep for a sachaa samwaad (genuine conversation). I assure you that based on the conversation with you, we will bring transformation in politics. We will move towards solving your problems," she said in the letter.

"River Ganga is a symbol of truth and equality. It is also a symbol of our Ganga-Jamuni tehzeeb (culture). It does not differentiate among people. Ganga-ji is the lifeline of Uttar Pradesh and with her support I will reach you," the letter read.