On Tuesday, RLSP chief Kushwaha had stirred a controversy by saying that blood will spill on the streets if the results of the recently concluded 2019 Lok Sabha election are manipulated. 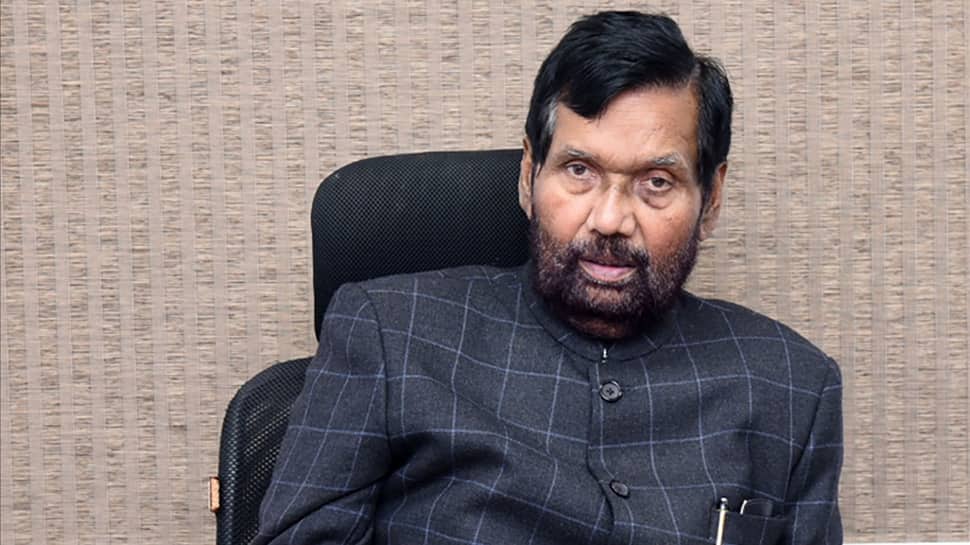 NEW DELHI: Hours after Rashtriya Lok Samta Party (RLSP) chief Upendra Kushwaha warned of "bloodshed" if the ruling BJP and its allies will try to manipulate EVMs, Union Minister and LJP chief Ram Vilas Paswan hit back at Kushwaha saying "there will be tit for tat". The Lok Janshakti Party chief made the statement in front of Home Minister Rajnath Singh during a dinner meeting of NDA allies hosted by BJP president Amit Shah in New Delhi.

"Dekhiye, PM ne kuch nahi kiya hai. Prastav me bhi kuch nahi hai. Lekin humlog...ye (Rajnath) bhi kuch nahi kahenge...Lekin hum kahna chahte hain tit for tat hoga...samajh gaye na...(see, PM has not done anything. There is nothing in the resolution. But we...he (Rajnath) will not even say...but I want to say...there will be a tit for tat... understand," Paswan said.

Taking a dig at the opposition parties, Paswan said that they are aware of their defeat in Lok Sabha election and are raising questions over EVMs only to hide their failure. "When they see their defeat is imminent, they raise doubts about EVMs, but when they won in three states, then they didn't say anything on EVMs. Why did they not raise doubts after they won in Punjab," he said, adding that the LJP will win more seats than predicted by exit polls.

On Tuesday, Kushwaha had stirred a controversy by saying that blood will spill on the streets if the results of the recently concluded 2019 Lok Sabha election are manipulated. Kushwaha, a former NDA ally and now part of the opposition Mahagathbandhan in Bihar, said that there was tremendous public anger after alleged exit polls prediction of NDA winning 30 or more seats in Bihar out of 40. "The exit poll surveys were aimed at causing demoralisation among our cadres, with a mala fide intent,'' he alleged.

RLSP chief stressed that were being made to manipulate Lok Sabha poll results in favour of the ruling NDA, which will have seriou consequences. ''Earlier, we used to hear about booth loot. This time, it is suspected that attempts may be made to loot the results. These could be through manipulation of the EVMs or any other measures at the counting centres. The leaders of the NDA are hereby warned not to indulge in such a misadventure. There is tremendous public anger and blood may spill on the streets, for which we shall not be held responsible,'' Kushwaha had said.

It's people vs opposition, tweets Smriti Irani; thanks nation for support