The EVMs were transported in an auto-rickshaw from the Jagtial Tehsildar`s office to a warehouse in Mini Stadium. 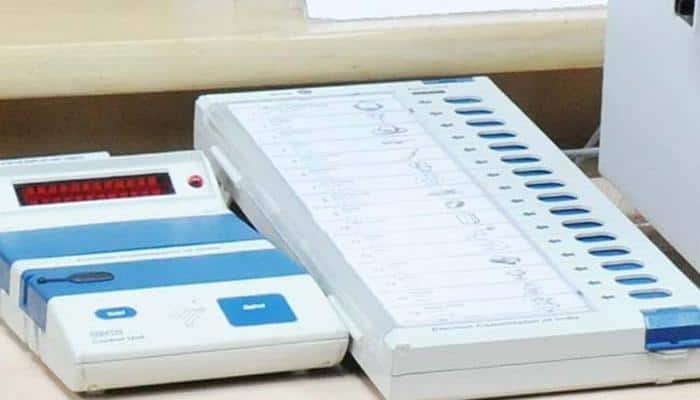 Hyderabad: The transport of EVMs in Telangana's Jagtial district created a flutter as the video went viral on social media but the poll officials clarified on Tuesday that the machines were used only for training the personnel.

Ten Electronic Voting Machines (EVMs) were transported in an auto-rickshaw from the Jagtial Tehsildar`s office to a warehouse in Mini Stadium on Monday night but as the warehouse was locked they were brought back in the same vehicle.

The video of this went viral on social media with some people raising doubts about the safety of the EVMs used for polling. The timing of the transportation created suspicions.

Jagtial is part of Nizamabad Lok Sabha constituency, where as many as 185 candidates contested in the first phase of the Lok Sabha polls.

Telangana`s Chief Electoral Officer (CEO) Rajat Kumar, however, allayed the apprehensions and clarified that the EVMs which were being transported were used for training the polling personnel before the voting on April 11.

Kumar told a news conference in Hyderabad that the EVMs in the video were of M2 version machines while M3 EVMs were used for polling in the entire Nizamabad constituency.

Jagtial District Collector S. Sharath sought an explanation from the concerned officials on why the EVMs were being transported at night.

Stating that some old videos were also being circulated on social media to create doubts with political motives, the CEO said that criminal cases would be registered against those posting such videos.

He said a video in which an EVM was allegedly found at a home in Rajasthan in 2018 was being circulated by some people.

He said a polling agent who clicked the picture in a strong room in Malkajgiri Lok Sabha constituency was arrested and sent to judicial custody.

Kumar said polling was conducted in a transparent manner as per the guidelines of the Election Commission. He dismissed the doubts being expressed by some parties and candidates about the increase in the poll percentage a day after the polling.

The CEO said it was a normal practice to give an approximate polling percentage after the end of polling but the final figures were announced the next day.

He said the signatures of the polling agents of all parties were taken on prescribed forms at the end of polling in each booth and there was no room for any discrepancy.