Will the Kamma-Kapu rivalry benefit BJP in Visakhapatnam or will Congress or TDP manage to return to their winning ways here? 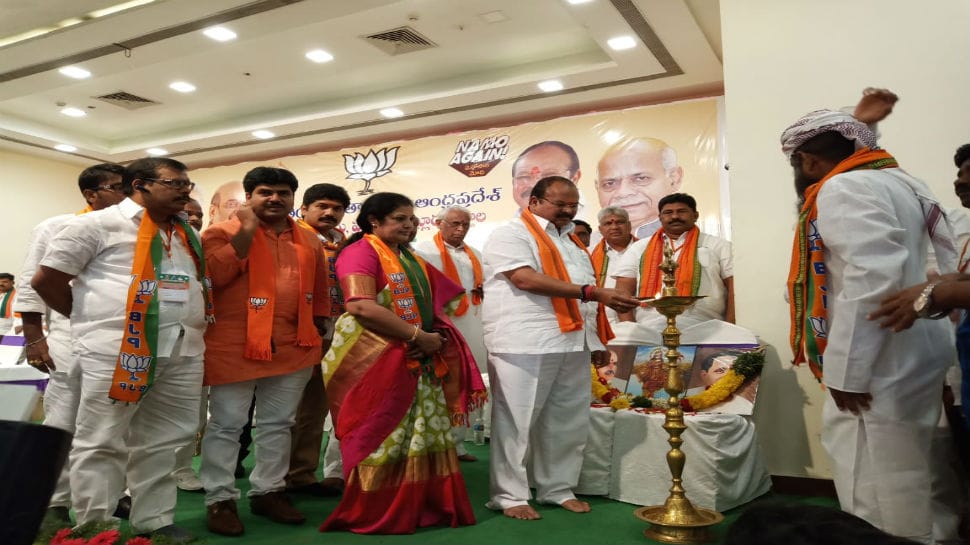 After four decades with Congress, Kanna Lakshminarayana (lighting the lamp in pic) joined BJP and is the state chief of the party. (Photo courtesy: Twitter/@klnbjp)
Share:
Written By:

Visakhapatnam is one of the 25 Lok Sabha constituencies in Andhra Pradesh and has traditionally sided with Congress with a few wins in between for the TDP.

One of the most striking statistics related to this Lok Sabha constituency is that it has never elected a local in over two decades. In fact, BJP's Kambhampati Hari Babu won in 2014 but while he received his B.Tech degree, masters and PhD here, he was born and brought up elsewhere in the state.

The BJP win the last time around was a striking exception in a constituency where Congress has called the shots for several years. While the party could not secure wins in the 1951/52 and 1957 elections even though it was at its zenith in that decade, Congress has - more or less- held on to the mantle here since.

The BJP appears determined to etch its name in stone here and had asked Hari Babu to step down last year. There were suspicions that Babu was soft on TDP - owing to his links with the Kamma community - and the party replaced him with Kanna Lakshminarayana who had joined the party after four decades with Congress.

The traditional rivalry between Kamma and Kapu could once again decide the fate of candidates in this constituency even as TDP and Congress appear determined to fashion a win for themselves.