We will make sedition law even more stringent: Rajnath Singh

Attacking Congress over its poll promise of repealing the sedition law if elected to power in the Lok Sabha election, Union Home Minister Rajnath Singh Friday said here that the BJP government would make the law even more stringent. 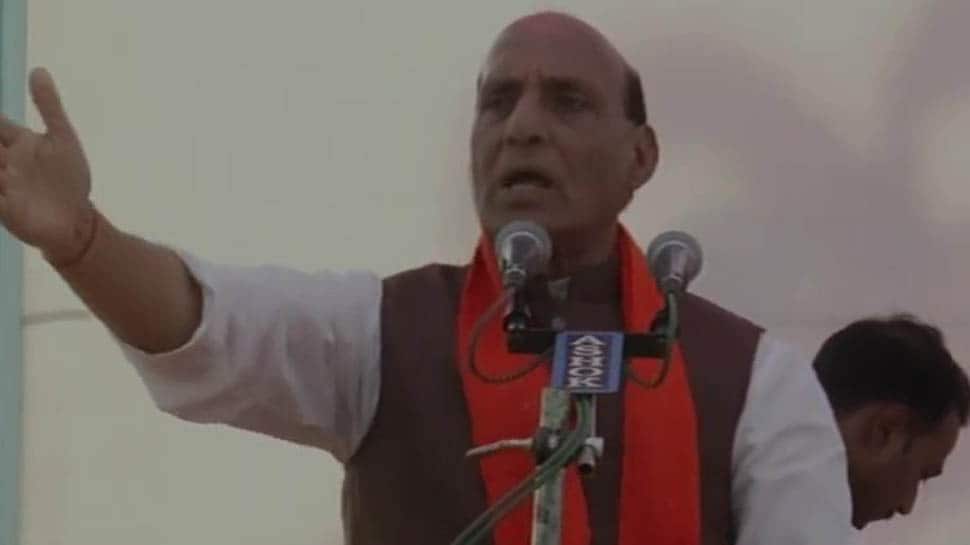 Gandhidham: Attacking Congress over its poll promise of repealing the sedition law if elected to power in the Lok Sabha election, Union Home Minister Rajnath Singh Friday said here that the BJP government would make the law even more stringent.

He was speaking at a gathering in Gandhidham city of Kutch district in Gujarat.

"Congress is saying that they will repeal the sedition law. I want to ask you all, should we forgive those anti-nationals who are trying to break the unity and social fabric of our country?" he asked.

The senior BJP leader also attacked former Jammu and Kashmir Chief Minister Omar Abdullah over his demand for a separate prime minister for the region.

"I want to tell these leaders that if you continue to raise such demands, then we will be left with no other option than to abrogate Articles 370 and 35A of the Constitution. We don't want such India," said Singh.
He also blamed former PM Jawaharlal Nehru for the Kashmir crisis.

"Had Pandit Nehru given full powers to Sardar Vallabhbhai Patel to handle the issue, we might have got a solution at that time," said Singh.

Speaking on the performance of the Modi government, Singh said, "I do not want to claim that we have uprooted the corruption completely. But, our government has definitely taken some decisive steps towards that direction."

The minister claimed that nobody could doubt the commitment and integrity of Modi.

Singh alleged that although India was capable of making anti-satellite missile way back in 2007, the then PM Manmohan Singh had stopped the scientists from doing so.

"At that time, only Russia, China and the US had that technology. When scientists approached Manmohan Singh for a green signal, he stopped them saying such a step would upset those three countries.

But when scientists approached Modi, he immediately gave a go-ahead," Singh said.

Polling for all the 26 Lok Sabha seats will be held on April 23 in Gujarat.