Polling for 39 Lok Sabha seats and by-elections for 18 Assembly seats will be held simultaneously in the state on April 18. 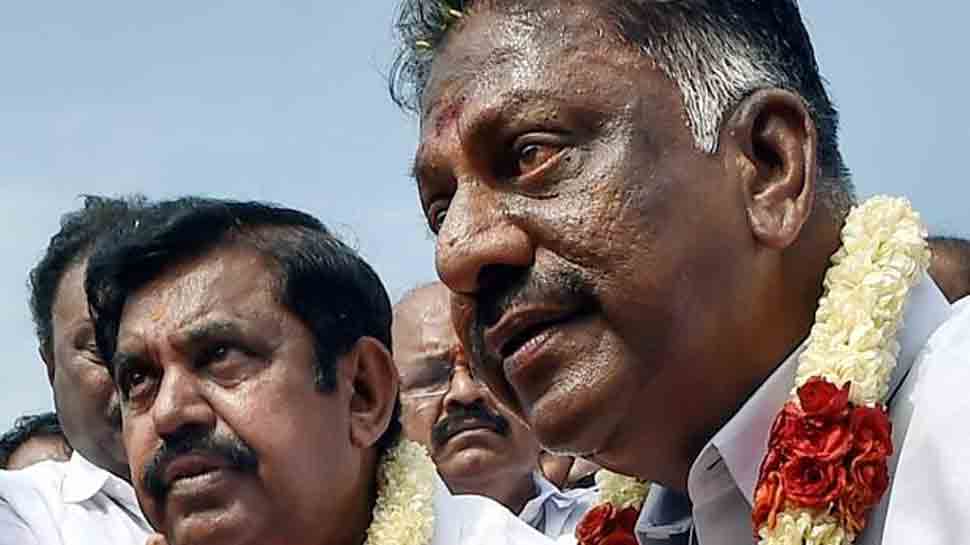 Chennai: The electoral battle in Tamil Nadu is crucial for the ruling AIADMK and the principal opposition DMK for reasons that go beyond a wish to wield influence with the next government at the Centre.

Polling for 39 Lok Sabha seats and by-elections for 18 Assembly seats will be held simultaneously in the state on April 18.

Looking to improve their strength in the state Assembly, neither the AIADMK nor the DMK have ceded any of the seats where bypolls will be held to their allies, which include the BJP and the Congress respectively.

Twenty-two seats are vacant and bypolls will be held for 18 of these.

For the AIADMK, bagging maximum seats in the two elections is important to ensure a smooth sail till the end of its tenure in 2021, halt a resurgent DMK led by its new chief M K Stalin and exert influence at the Centre.

Besides, the bypolls will give the AIADMK an opportunity to take on Dhinakaran, who handed a surprise defeat to the ruling party in the December 2017 R K Nagar by-election.

"The by-election results will determine if the AIADMK can hang on to power," political commentator 'Tharasu' Shyam told PTI.

"The AIADMK has to win at least 10 out of 18 seats for a thin majority, leave alone effective governance," he said.

"It is a big question mark if the AIADMK under Chief Minister K Palaniswami and his deputy O Panneerselvam could get late J Jayalalithaa's (supporters') votes," he said.

Political analyst Sumanth Raman said to establish that they are "the real AIADMK, the ruling party has to do far better than Dhinakaran."

They are straining every nerve to showcase "Amma's government" and its numerous welfare initiatives like providing laptops to students and gold assistance scheme for brides while keeping the political pot boiling against the DMK and Stalin.

The AIADMK is also trying its best to take counter Dhinakaran. After getting the "two leaves" symbol from the Election Commission last year, it is trying to assert its position as the true successor of Jayalalithaa.

For the DMK, which has been out of power in Tamil Nadu since 2011, these elections are a chance to reverse fortunes. Stalin, son of DMK patriarch M Karunanidhi, who passed away last year, is heading the party.

Raman said, "An electoral win is extremely important for the DMK since they have a new leader in Stalin and there is pressure on him to deliver victories for the party." DMK candidate Maruthu Ganesh had lost his deposit in the R K Nagar bypoll.

The DMK has joined hands with several other parties and naturally there is pressure on the party leadership to emerge victorious, Raman said.

Shyam warned that in the event of the DMK not doing well, part of its support base maybe eroded.

A recent statement by DMK leader Kanimozhi explains the importance of the upcoming polls for the party.

"The polls should be regarded as a battle and we need to fight? it is a battle of life and death," she said.

No wonder the DMK went into poll mode long before the elections were announced, with her brother Stalin completing a public outreach programme 'Ooratchi Sabai' and addressing a slew of rallies.

Notably, the gram sabhas under all the 18 Assembly segments that will go to polls have been covered by Stalin.
AMMK leader Dhinakaran too, like Stalin, began touring the state months before the polls were announced.

DMK, if voted to power, will probe mystery over Jayalalithaa's death: Stalin