Anand Teltumbde was arrested by the Pune Police in connection with the Bhima Koregaon case. 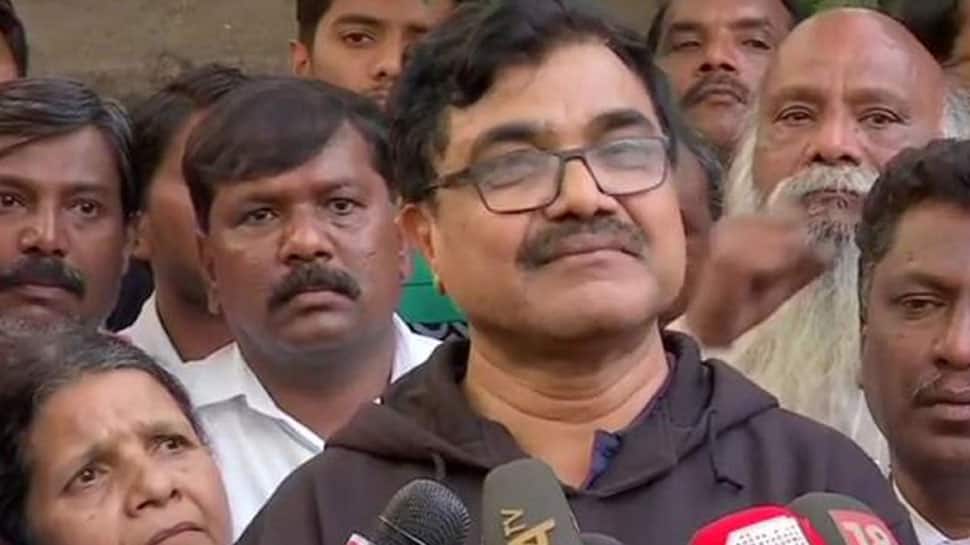 Four-weeks of interim protection granted to him by the Supreme court ends on February 11.

Teltumbde on Monday addressed a press conference during which he said that the term "Urban Maoist" was a bogey that was being raised to "silence" those who raise their voice against policies of the government.

Teltumbde, who teaches at the Goa Institute of Management, was arrested by Pune Police on Saturday at the Mumbai airport.

A Pune sessions court, which had on Friday rejected Teltumbde's anticipatory bail application, ordered his release a day later, saying his arrest amounted to contempt of the Supreme Court's order.

During his interaction with journalists at the Mumbai Marathi Patrakar Sangh, Teltumbde termed his arrest as a "wildest post independence plot by the state against it's own citizen".

He said the police had framed him in the case.

Responding to a query on urban Maoism, the Dalit scholar said, "Maoism originated from villages and there is nothing like an urban Maoist. It is deceptive nomenclature, which is a fabricated and false accusation".

The word "urban Naxals" was used by the Pune Police during their probe into the Elgaar Parishad conclave held on December 31, 2017.

Police claimed that the inciting speeches made at that event triggered caste clashes in Koregaon-Bhima village in Pune district on January 1, 2018 during an event to commemorate the 200th anniversary of the battle between the Peshwas and the British forces.

Teltumbde said the "urban Maoism" terminology is a "formula" to silence voices of those people who show courage to question the government policies and speak for safeguarding their democratic rights.