Chief Minister Devendra Fadnavis on Wednesday was unanimously elected as the leader of the Maharashtra BJP Legislative Party during a meeting in Mumbai on Wednesday. 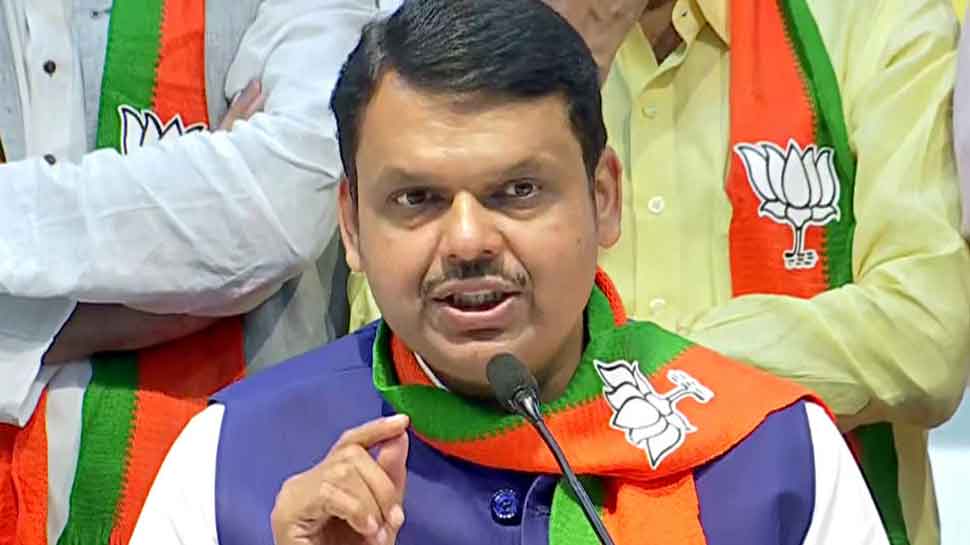 MUMBAI: Chief Minister Devendra Fadnavis was on Wednesday unanimously elected as the leader of the Maharashtra BJP Legislative Party during a meeting in Mumbai on Wednesday.

His name was proposed by Maharashtra BJP president Chandrakant Patil and the proposal was seconded by Sudhir Mungantiwar, Haribhau Bagade and Sanjay Kute.

Ever since the results to the assembly election 2019 were declared, BJP’s bickering ally Shiv Sena has been pushing for the top post on a rotational basis.

On Tuesday, Fadnavis had rejected Shiv Sena’s claims that the two partners had a pre-poll understanding on a 50-50 formula of sharing power and rotating the post of the CM if returned to power.

Fadnavis said the BJP national president Amit Shah has not given any confirmation about giving the Chief Minister`s post to Shiv Sena.

However, he asserted that BJP will be leading a stable government with Shiv Sena for the next five years."BJP will be leading the stable and efficient government of Mahayuti (alliance) for five years. I assure that this will be a BJP-led government. Our party president has confirmed that nothing has been decided on giving CM post to Shiv Sena. No formula has been decided yet," Fadnavis said.

The Sena hit back, calling off talks scheduled for Tuesday and circulating an old video clip to remind Fadnavis and the BJP that they are “going back on their word”.

Later Shiv Sena leader Sanjay Raut expressed dismay over Fadnavis` statement that no `50:50` formula had been reached between the two allies.

"I do not know what the Chief Minister has said. If he is saying that the `50-50 formula` was never discussed, then I think we need to change the definition of the truth. What was discussed, regarding the issue the Chief Minister is talking about, is known by all. The media was there," Raut told ANI.

On the other hand, Prithviraj Chavan on Tuesday said here that voters are in `confusion` and the `distrust` between the partners (BJP and Shiv Sena) shows that they cannot form the government.

The former Chief Minister said that if the Shiv Sena comes with a proposal to the Congress for the formation of the government in the state, it will discuss it with its allies and also put it before the central leadership.

"If the Shiv Sena comes to us with a proposal, we will put that proposal before our high command and discuss it with the allies as well. No such proposal has been given by the Shiv Sena as yet," said Chavan.

Meanwhile, the NCP, on the other hand, is also set to convene a key meeting of its newly-elected MLAs on Wednesday. Sources in the party said that NCP, which has so far maintained that it will sit in Opposition, would hold deliberations on the current political scenario in the state. The meeting is also likely to see discussions regarding who should lead the party in the Vidhan Sabha.