BPCL has eight tanks on Butcher Island. The fire was limited to only one tank. 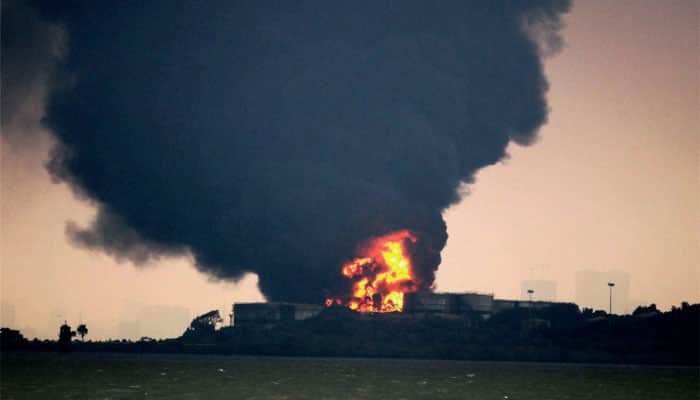 Mumbai: Fire-fighting operation at the fuel tank farm of the Mumbai Port Trust on Butcher Island off Mumbai's coast was "completed successfully" Monday morning, three days after the blaze broke out in a high-speed diesel tank, a top official said.

Multiple agencies such as the MbPT, oil major BPCL (which owns the tank that caught fire), ONGC, state planning agency CIDCO and fire services of Maharashtra government carried out a joint operation to contain the fire, he said.

It will take another few hours for smoldering inside the tank to stop, he said.

Regular operations on the island will resume only after a thorough inspection of pipelines and other infrastructure, he said.

BPCL has eight tanks on Butcher Island. The fire was limited to only one tank.

No casualty was reported during the mishap.

Crude oil and other commodities are offloaded at the Jawahar Dweep anchorage and stored in tanks before being transported to nearby refineries through underwater pipelines.

Rao had said the incident will not cause shortage of high-speed diesel in the market.