I'm not supposed to tell you this: Nagpur City Police uses Abhinandan's line to drive home a strong point

Wing Commander Abhinandan Varthaman's determination and courage in face of adversity has become a symbol bravery across the country. 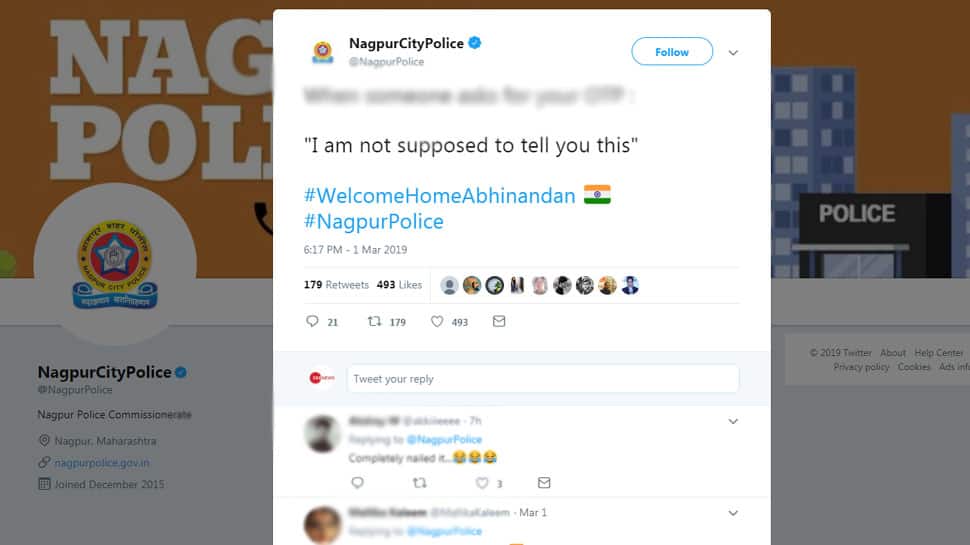 Wing Commander Abhinandan Varthaman's determination and courage in face of adversity has become a symbol bravery across the country.

As Pakistani captivators demand information, the Wing Commander is seen repeating one line in a now viral video.

"I am not supposed to tell you this."

It comes as no surprise as law enforcement agencies use his infamous words to drive home important message and patriotism.

Which is why, Nagpur City Police's tweet on cyber security on Saturday evening, has now gone viral.

“When someone asks for your OTP : 'I am not supposed to tell you this' #WelcomeHomeAbhinandan #NagpurPolice" tweeted the agency.

When someone asks for your OTP :

After spending 59-hours in Pakistan captivity, the IAF personnel was handed over to Indian authorities on Friday night.