IMD has warned of heavy to very heavy rainfall in Mumbai and many other parts of Maharashtra till at least Thursday (July 4).

After 'Manic' Monday, Tuesday has turned out to be comparatively better for Mumbai which has grappled with heavy showers for several days now. Several areas in the city and adjoining suburbs reported waterlogging which compounded troubles for locals and exposed, once again, the complete civic apathy in the financial capital of the country.

The traffic situation on the streets, however, fared better on Tuesday than from a day before, largely due to schools, colleges and government offices remaining shut.

Several parts of Mumbai have received over 200mm rainfall in the 24 hours leading up to Tuesday morning with the Met department predicting showers to persist till at least Wednesday. Monsoon may have made a delayed entry into the city but its intensity has been strong in the past few days.

While authorities are working overtime to ensure the least inconvenience to locals, the ground reality has been far different.

Here are the live and latest rain-related developments from Mumbai and its suburbs from Tuesday (July 2):

Mumbai International Airport Limited (MIAL) said that around 70 domestic arrivals and 81 domestic departures have been cancelled due to heavy rains.

Maharashtra Chief Minister Devendra Fadnavis has announced high-level inquiry into Malad wall collapse, which has claimed the lives of 21 people.

Director General of Civil Aviation (DGCA) has issued an 'Air Safety Circular' for airlines in wake of the monsoon season.

Director General of Civil Aviation (DGCA) has issued an 'Air Safety Circular' for airlines in wake of the monsoon season. pic.twitter.com/mh8hxKzebK

21 dead and 78 injured in the incident where a wall collapsed on hutments in Pimpripada area, Mumbai, due to heavy rainfall.

#UPDATE Mumbai: 21 dead and 78 injured in the incident where a wall collapsed on hutments in Pimpripada area, due to heavy rainfall. https://t.co/qslQc0suZM

Regular services from CSMT to Thane/Mankhurd UP and DN Harbour Line resumes. Rest all services are running since morning.

Regular services from CSMT to Thane/Mankhurd UP and DN resumes

Amount of rainfall received in Mumbai in last 24 hours (in mm):

Prediction for next 24 hours:

Palghar- Some places may receive heay to very heavy rainfall

Ratnagiri - Heavy to very heavy rainfall at some places

Sindhudurg - Heavy to very heavy rainfall at some places

Rescue operation is underway in Malad East where 19 people died after a wall collapsed on hutments in Pimpripada area, due to heavy rainfall. Chief fire officer says "We rescued a woman, trapped below a body. We used the best equipment, rescue in such tight spaces is very tough"

Mumbai: Rescue op is underway in Malad East where 19 people died after a wall collapsed on hutments in Pimpripada area, due to heavy rainfall. Chief fire officer says "We rescued a woman, trapped below a body. We used the best equipment, rescue in such tight spaces is very tough" pic.twitter.com/K6TykMms6Z

DDG, IMD Mumbai: In last 24 hrs Colaba received 13 cm rain, Santa Cruz received 37 cm rain. From 11.30 pm-5.30 am, more than 200 mm was recorded. Situation is gradually improving, we have brought down the warning by one level. Isolated heavy rainfall is expected in Mumbai today.

DDG, IMD Mumbai: In last 24 hrs Colaba received 13 cm rain, Santa Cruz received 37 cm rain. From 11.30 pm-5.30 am, more than 200 mm was recorded. Situation is gradually improving, we have brought down the warning by one level. Isolated heavy rainfall is expected in Mumbai today. pic.twitter.com/DakTADHJM8 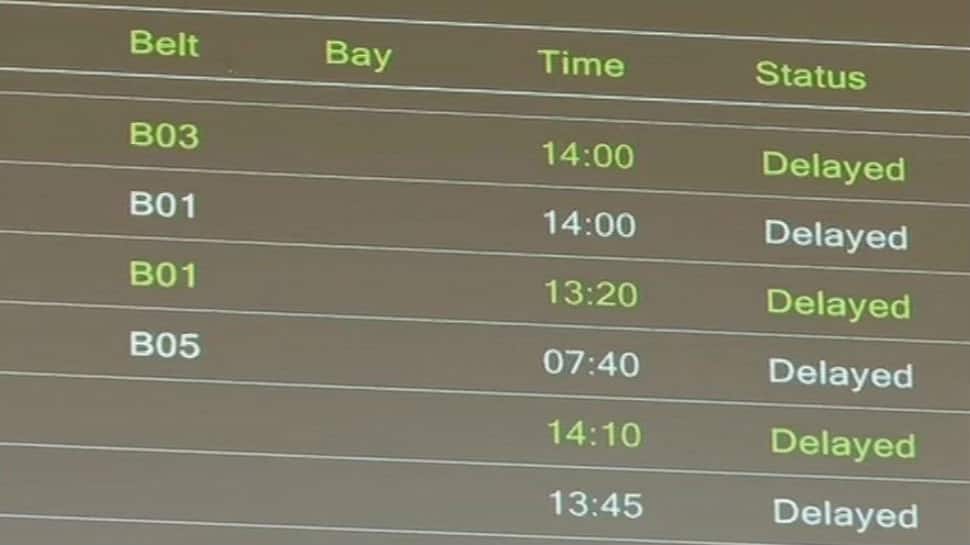 IMD warns of more, possibly heavier, rainfall in Mumbai and other parts of Maharashtra. Tourists have been warned to steer clear of hilly areas in the state. (Full report here)

Heavy to very heavy rainfall expected in Mumbai and suburban parts in next 48 hours, similar situation expected for Vidarbha and Marathwada: IMD

Structural stability norms of all structures, buildings are governed by BIS (Bureau of Indian Standards) and National Building Codes.

Being a state subject National Building Code is recommendatory and not mandatory.

However looking at the technical capacity of smaller municipal councils, gram panchayat and corporations normally overlook these recommendations. As these issues are directly affecting the right to life of citizens of India, we should make strict adherence and application of the National Building Codes mandatory uniformly all over.

Compound walls and other ancillary structures are covered under structural safety aspects of National Building Codes hence we can avoid such mishaps if NBC is made mandatory.

The issue of civic apathy in Mumbai brought up in Assembly with NCP's Dhananjay Munde targeting Shiv Sena.

"Shiv Sena puts out slogans that it works for Mumbai but has shown that it has worked towards flooding Mumbai," he said. "BMC is responsible for the current situation in Mumbai due to rain."

Munde also said that BMC spends crores cleaning drains and on repairing pipes in the city but the situation remains the same each year. "This is corruption and must be probed."

NCP leader Ajit Pawar slams CM Fadnavis, Shiv Sena for how Mumbai has dealt with the monsoon so far and for the wall that collapsed in Malad earlier this morning.

"Shiv Sena controls BMC and makes big claims before Monsoon each year. The situation, however, remains the same each year. In just the first rainfall of the season, life has turned topsy turvy in Mumbai," he has said. "The work done by BMC should be investigated. If the Mayor is found guilty, strict action should be taken."

News agency ANI reports that a 150 m length of ramp is being prepared to push the a SpiceJet plane out of a grassy area near the main runway at Mumbai airport.

The plane had overshot the runway last night due to heavy rainfall, hampering operations here. 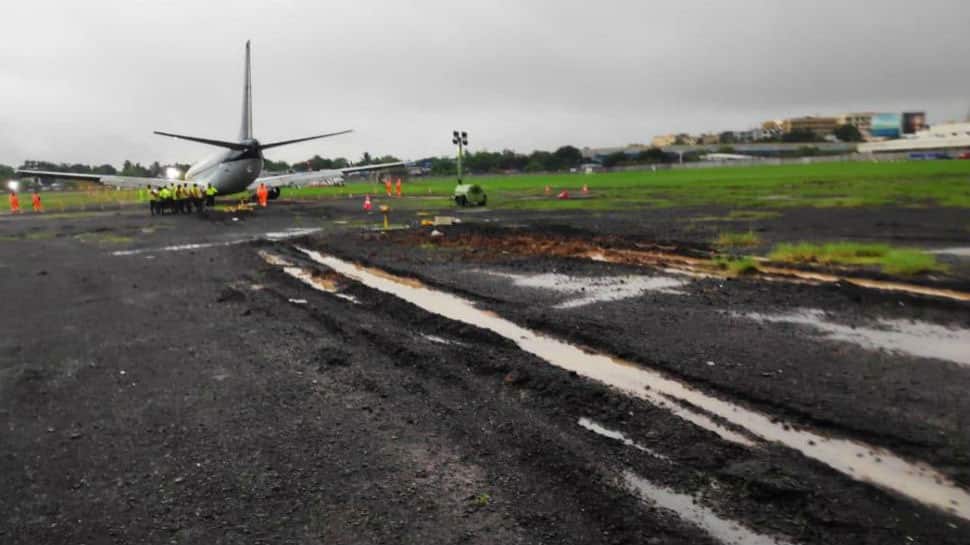 Rail services have been restored to normal in Mumbai.

While most trains are running at lesser than usual speeds, causing a delay of 10 to 15 minutes, all services are back to normal.

Water has also been pumped away from rail tracks.

Rains have halted in Mumbai after pouring for most parts of Tuesday morning.

These are corrected help desk numbers for Passenger enquiry due to heavy rainfall. @WesternRly pic.twitter.com/y0oa0YR6eV

Following trains have been cancelled due to heavy rains:

CM Fadnavis says high tide expected at noon, adds he is monitoring the situation in the entire city. "Heavy rainfall is expected in next 2 days. We are prepared for it," he says.

CM Fadnavis visits Shatabdi Hospital to meet the people injured when a wall collapse in Malad. The death toll in the incident has reached 18. Click here for updated report. 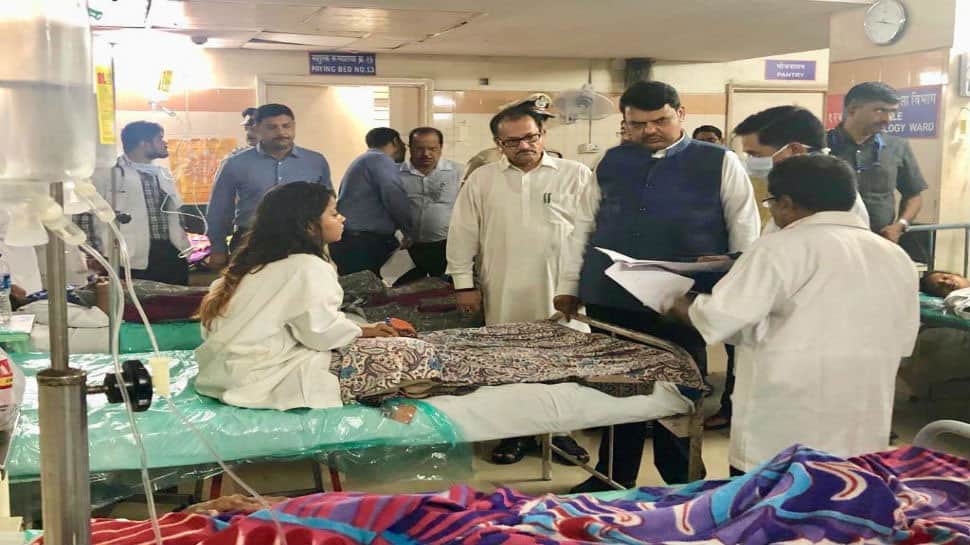 Mumbai airport's main runway remains shut while operations are continuing on alternate runways. Arrivals and departures have been affected due to this.

Passengers flying out of Mumbai or into the city from elsewhere are being requested to check with airline operators.

Too gloomy outside? Click here for humourous posts shared by Mumbaikars on the plight of their city.

Indian Navy jumps into action to help locals in Mumbai who are stranded due to waterlogging. 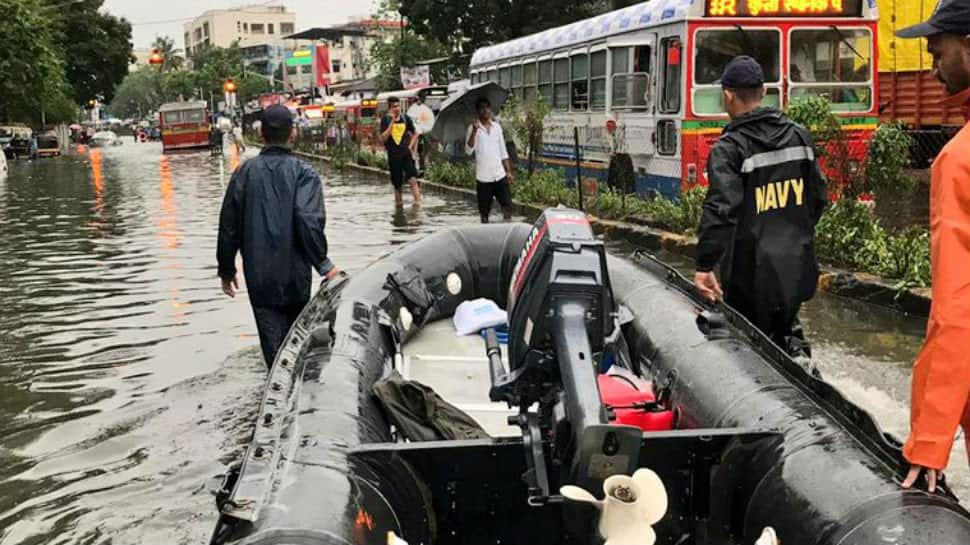 WR suburban services are running without disruption between Churchgate -Vasai Road & and with a frequency of 20-25 minutes between Vasai Road and Virar.

Mumbai's main runway shut for operations after a plane skidded off it last night. Alternate runways, however, are operational.

#Clarification #Mumbai Airport is not closed. As there is a skidding of a flight at main runway, the main runway is closed for operation.
Alternate Runway is in operation & some flights r diverted to Goa. Because of this some flights r rescheduled.#MumbaiRainsLive #MumbaiRain pic.twitter.com/hIEFc2UpWI

No respite from heavy showers predicted for Mumbai:

Traffic moving at snail's pace on Western Express Highway due to heavy rainfall. 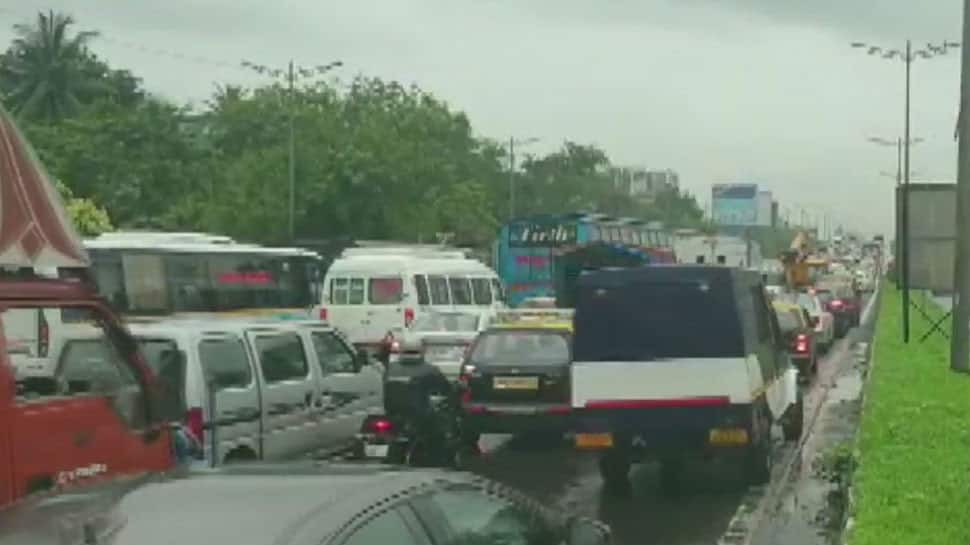 Around 1000 people were evacuated from Kranti Nagar, Kurla, to prevent any untoward incidents due to overflowing Mithi river: BMC

Private weather monitoring agency Skymet reports that Mumbai and its suburbs have received between 350mm and 500mm rainfall in 24 hours leading up to 6 am on Tuesday.

Click here for the current status of trains to, from and between stations in Mumbai.

As many as 40 people have died due to rain-related incidents in Maharashtra this year.

Five persons have died in Mumbai while 21 have died into incidents of walls collapsing in Pune.

High tide of about 4.59 meters expected at 11:52 am today. Locals are being cautioned to avoid going near beaches.

Western Railway informs that as water receded to some extent at Nallasopara,WR locals are being run with a frequency of 30 mins between Vasai Road-Virar.

No trains moving from Thane towards Mumbai due to heavy showers:

#Maharashtra: Stranded passengers at Thane railway station are being served with refreshments by Railway Protection Force (RPF), after several suburban train movements got suspended today due to heavy rains. pic.twitter.com/H3PxVG8Z0Y 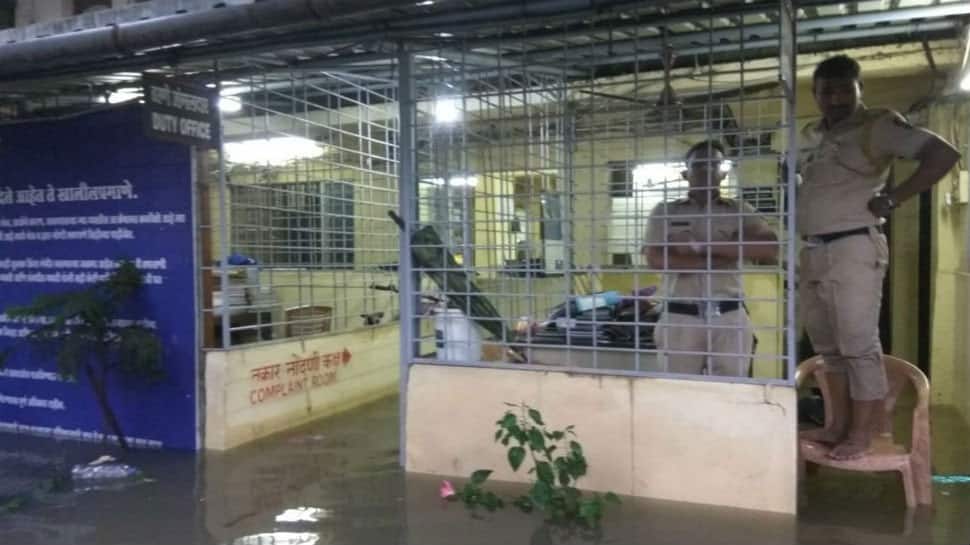 Due to rains, Central Railway Suburban Services will run in following sections till further notice:

Rain has taken a toll on air traffic as well.

An Air India Express IX248 flight from Dubai could not land here and eventually made way for Ahmedabad.

A SpiceJet Boeing 737 plane from Jaipur overshot the runway at Mumbai airport late on Monday although it is not clear if this was because of wet conditions. The main runway is reportedly closed due to this.

All schools and colleges will remain closed in Mumbai today as per directives of Municipal Commissioner.

Government of Maharashtra has declared today as a 'Public Holiday' as a precautionary measure in the wake of heavy and incessant rainfall in Mumbai.

Due to water logging at Nallasopara following very heavy rains, following trains have been cancelled for today:

WR suburban services are running between Churchgate & Virar. The frequency may be less between Vasai Road & Virar due to receipt of outstation trains.

Municipal Commissioner of Greater Mumbai has declared today as 'Public Holiday' at all government and private offices in Greater Mumbai.

Rainfall recorded in various parts of the city:

Brihanmumbai Municipal Corporation (BMC) has claimed that Mumbai has received its heaviest rainfall in a decade. 550 mm average of entire month of June has been exceeded in just last 48 hrs. 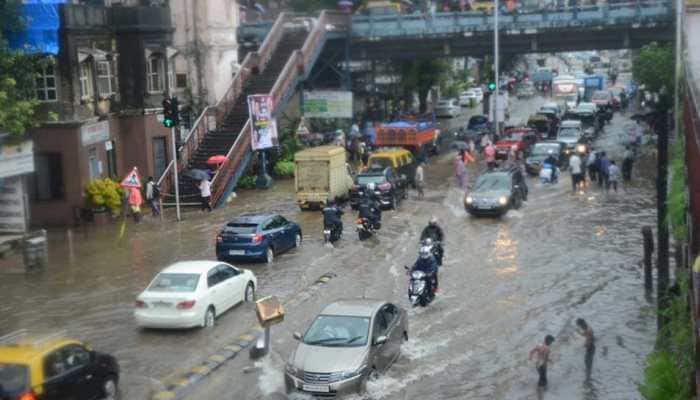 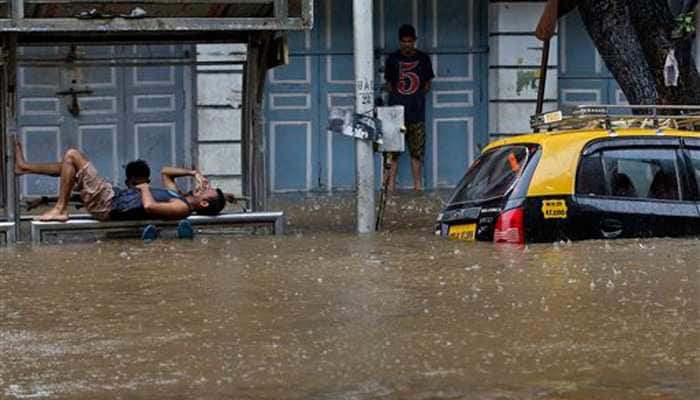 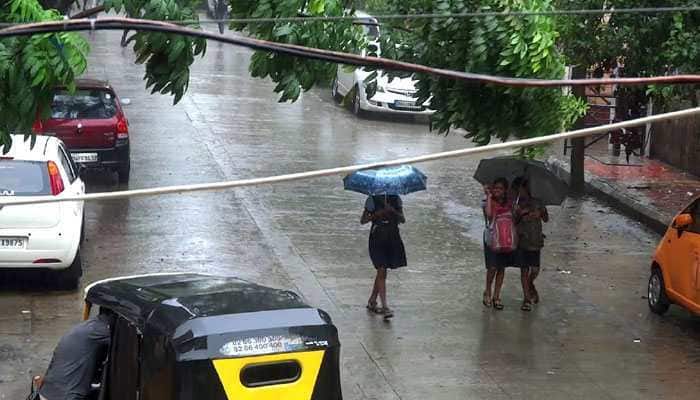 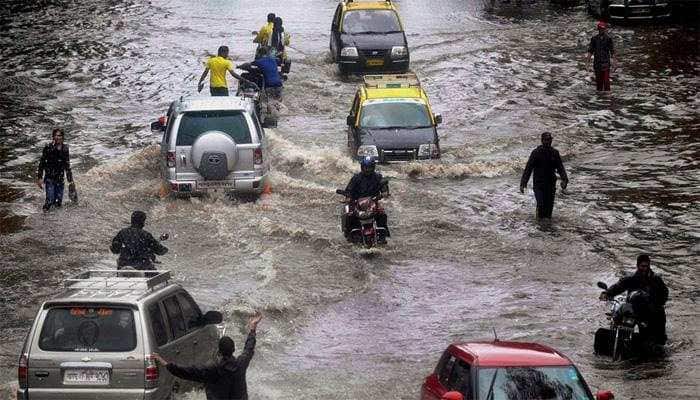