The Central railway has suspended the movement of suburban trains, citing safety hazard. The Railways said the state government and various other agencies have been requested to run extra buses between Mumbai and Pune for intercity travellers. 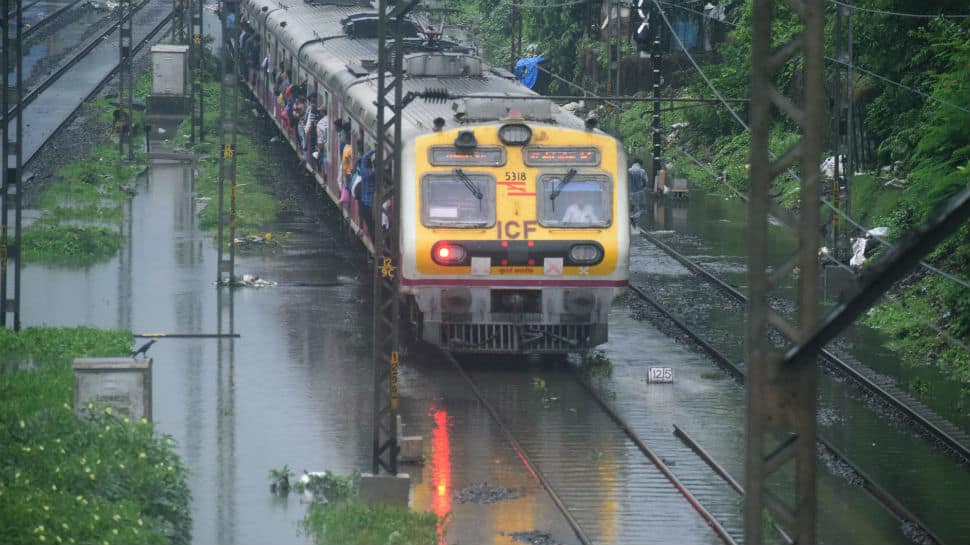 Mumbai: Amid heavy downpour causing waterlogging at various places in Mumbai, the movement of local trains have been affected severely. The Central Railway has suspended the movement of suburban trains, citing safety hazard. The Railways said the state government and various other agencies have been requested to run extra buses between Mumbai and Pune for intercity travellers.

In the Western Line, suburban services are running normally between Churchgate and Vasai Road with a frequency of 45 minutes between Vasai Road and Virar to receive outstation trains. However, the AC local trains will not ply today.

Western Railway PRO: As water has receded to some extent in Nalasopara, Western Railway locals are being run with a frequency of 30 mins between Vasai Rd-Virar are running normal between Churchgate-Vasai Rd. AC local will not be run today. #MumbaiRains pic.twitter.com/zdzzkcT4BV

Here's a list of trains that have been terminated in the Western line.

@WesternRly Due to waterlogging at Nallasopara station following trains are short terminated. pic.twitter.com/hO73RNuzRN

Harbour line trains are only going up till Bandra and those till Goregaon have been suspended. CST to Vashi Road (up and down) also not working.

The state government has declared July 2 as a holiday for all the government and private schools due to heavy downpour.

"Would like to announce and confirm that tomorrow 2nd July 2019, has been declared as holiday, for all schools (public and private) in Mumbai, Navi Mumbai, Thane and Konkan areas," said Maharashtra School Education Minister Ashish Shelar.

These are corrected help desk numbers for Passenger enquiry due to heavy rainfall. @WesternRly pic.twitter.com/y0oa0YR6eV

Indian Meteorological Department (IMD) predicted, "Intermittent rain in city and suburbs, with heavy to very heavy rainfall at a few places" for the next 24 hours.

As many as 44 people have died due to rain-related incidents in Maharashtra this year.