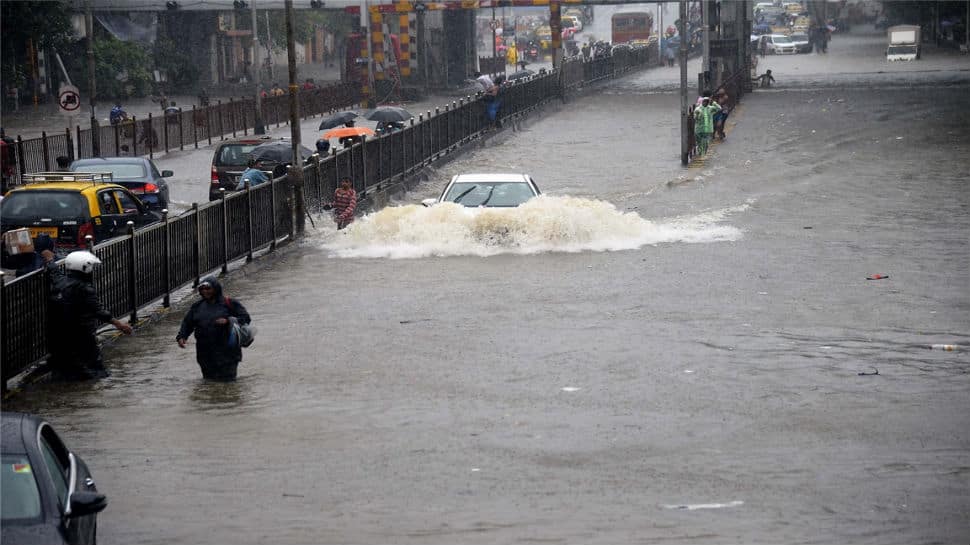 The India Meteorological Department (IMD) on Tuesday warned that heavy to very heavy rainfall could continue in Mumbai till at least Thursday. It also warned of very heavy rainfall in parts of Vidarbha and Marathwada regions of Maharashtra, especially in the hilly areas where tourists have been told to exercise maximum caution.

Mumbai and several other parts of Maharashtra have received incessant rains in the past few days. Rainfall over Monday and Tuesday resulted in massive waterlogging in Mumbai, throwing life out of gear here. Road, rail and air traffic remained affected for most parts of Monday. A public holiday was declared for Tuesday which helped ease commuter woes on the road and rail network.

While rains abated around noon on Tuesday, it may only be a temporary relief.

Monsoon made a delayed entry into Mumbai and other parts of the state but has since made its full fury felt here. IMD has warned that rainfall in hilly regions of Maharashtra could be especially severe and has advised tourists to avoid making trips here.

At least 40 people have died in rain-related incidents across Maharashtra in 2019, till Tuesday.

BMC claimed on Monday that Mumbai has received more rainfall in just two days than in all of June in the past decade. It, however, has come under fire yet again for clogged drains and waterlogged roads. CM Devendra Fadnavis has claimed he is keeping a close watch on the situation and that his government is prepared to tackle any eventuality.