Muhammad the messenger of God

The Maharashtra government on Thursday banned the release of controversial film "Muhammad, the messenger of God" days after the Raza Academy had asked for the same citing the movie as "blasphemous". The government has also ordered for the shutting down of Don Cinema's portal. 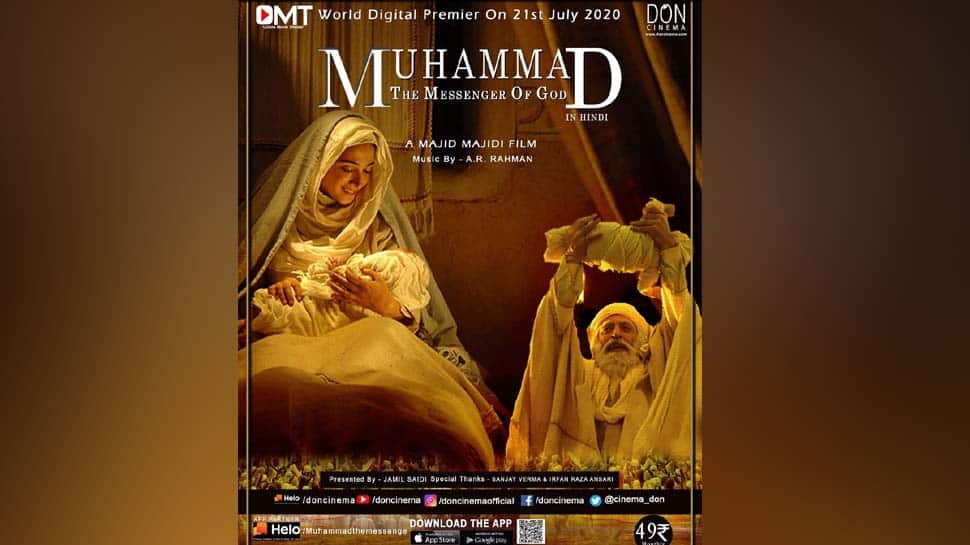 The Maharashtra government on Thursday banned the release of controversial film "Muhammad, the messenger of God" days after the Raza Academy had asked for the same citing the movie as "blasphemous". The government has also ordered for the shutting down of Don Cinema's portal.

Earlier on July 15, Maharashtra Home Minister Anil Deshmukh had written to the Centre on the matter as the movie will hurt religious sentiments. The movie was scheduled for online release on July 21 and is directed by Majid Majidi.

The Raza Academy had been opposing the release of the movie and some people from the Academy had gone to meet Don Cinema owner Mahmood Ali to speak on the matter. Ali had told them, "We have the copyright of the film but it is being shown on many social media platforms. First, you stop them all, then I too will halt the release too."

On the ban, Ali said that the commissioner has called him to his office and he will ask for an appointment with the state Home Minister. He further said, "I don't understand when many films have already been made on this subject, even before this, and appreciated all over the world, why is there so much havoc on my film? I had asked the people from the academy to watch the film once and if there is any objection I will not release the film." Ali added, "We are residents of a democratic country and I have full faith in the law, it will do justice to me."

The state government on Wednesday asked the Centre to block the digital platforms where the film is set to release as it will hurt religious sentiments. In a letter to the Ministry of Electronics and Information Technology, Deshmukh had said that the state government has received a complaint from Raza Academy to ban the movie alleging that "movie will severely hurt the sentiments and will be considered blasphemous by a particular community".

"We hereby request you to block/suspend those digital platforms where the movie would be released on the probable date of 21st of July 2020, under section 69A and the blocking rules of the Information Technology Act, 2000 & Information Technology Act (Amendment), 2008. It's also requested to issue instructions / Directions to all Digital Platforms like Youtube, Facebook, Twitter, Telegram, Whatsapp, Instagram, Snapchat etc to ban the release of the aforesaid movie," the letter had added.

"In this respect, Maharashtra Cyber department, the nodal agency for the state of Maharashtra for cyber matters has also requested, the Senior Director (Scientist - G) Ministry of Electronics and Information Technology, to prevent the release of the said movie on OTT (Over the top) platforms," further added the letter.

"Don Cinema is set to digitally Release blasphemous film Named 'Muhammad, the Messenger of God' in the Hindi language on the 21st of July. Ever Since the advertisement was published there has been an uproar in the community and we have been receiving hundreds of calls to get the film banned as it is completely blasphemous," read the letter.

"It must be noted that The Holy Prophet of Islam can never be picturised and those who have done it have committed blasphemy which is un-tolerable and needs to be condemned at all costs. In faith, A Muslim will die in honour than to see or hear the insult on his Holy Prophet," further said the letter.

"Hence we earnestly request you to kindly ban the film through the Cyber Cell and block all sites carrying this film before it creates unrest and law and order problems in the city. We hope you shall kindly understand the gravity of the situation and do the needful immediately," further added the letter.